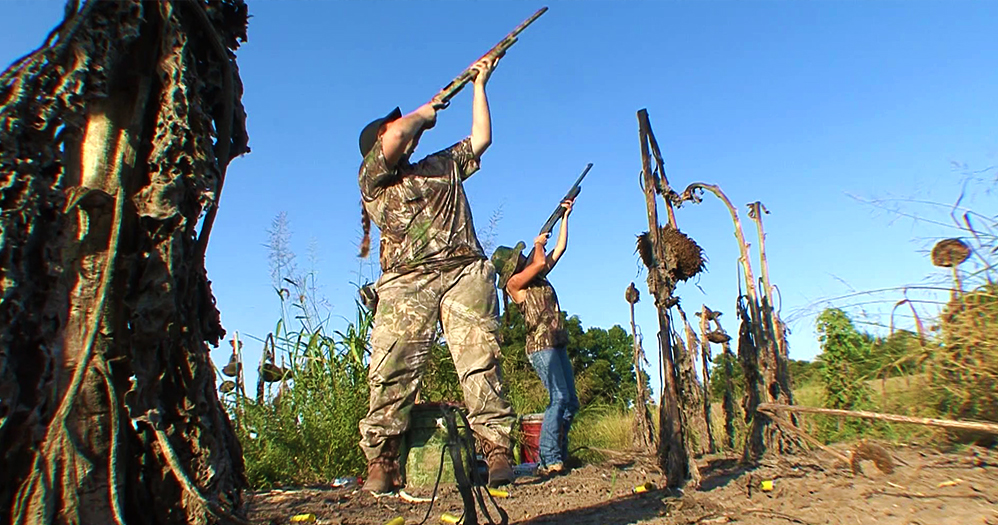 Brushing up on your marksmanship for dove season could not hurt the chances of avoiding the dubious honor of "most expended rounds for the least number of birds harvested."

I have watched doves pass by most of a day and hardly had a shot because they simply weren't in range. A few years ago some bright and enterprising people noticed how gregarious doves seemed to be. When one would light on a power line, it seemed no time at all, and there was a line of them coming in to sit with their friends. Well, with this in mind, they created a "dove tree”...of sorts. It was a rod placed in the ground that had additional rods protruding, allowing you to position dove decoys on what appeared to be its limbs. When you put this tree up, birds could see it for quite a ways and here they would come.

Lately, the decoying method has evolved to include moving doves. At least their wings appear to flap, and this movement has enhanced your chances of getting birds to come your way even more so.

Trying to bring down a dove crossing a field at 50-60 yards is not easy. So, pondering today's decoys, which we have seen to work repeatedly, our "attractant technology" has assisted our marksmanship efforts to the point that most of us stand a good chance of “bringing home the bacon” as it were. Overall, though, it probably would not hurt to burn a little gun powder before the season starts on September 1.

John Satterwhite is the former Shooting/Hunting Educational Coordinator for MDWFP. Satterwhite, who died in August 2014, was the captain of the 1976 U.S. Olympic Shooting Team and a four-time International Shotgun Champion (1968, 1974, 1975, and 1976).