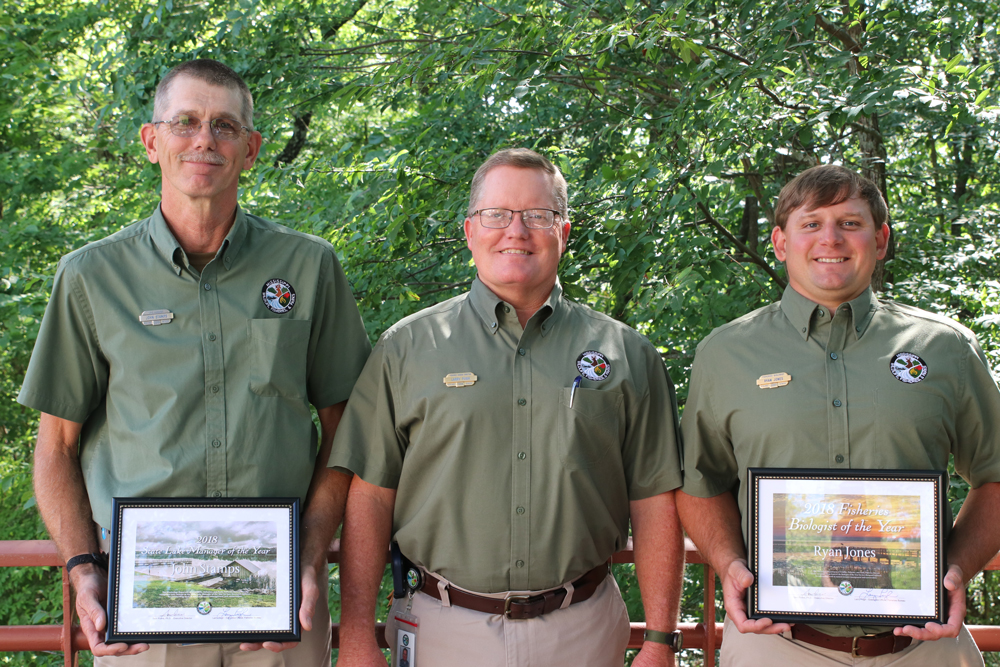 2018 State Lake Manager of the Year

John began his career with MDWFP in 2013 as a State Lake Manager assigned to Lake Mary Crawford. John has assisted in training newly hired lake managers, acquired a commercial driver’s license to assist with moving heavy equipment in the region, conducted drawings for the opening day of duck season at Lake Bogue Homa, and assisted with storm cleanup at Holmes County State Park Lake. He takes pride in the appearance of Lake Mary Crawford, earning an annual lake inspection score that has averaged 98 out of a possible 100.

2018 Fisheries Biologist of the Year

Ryan began his career with MDWFP in 2007 and currently serves as the project manager over Mississippi's central region. Ryan’s initiated an aggressive approach to controlling Giant Salvinia in Ross Barnett Reservoir’s Pelahatchie Bay and took the initiative to bring in several aquatic plant experts from Federal and State agencies to aid in developing a Salvinia control plan that is in place today.

Ryan and staff surveyed Ross Barnett Reservoir spillway anglers to determine how many anglers are catching baitfish below the dam, and where and how these anglers are using the bait. This work aided in developing regulations to deter movement of Asian carp into our economically important reservoirs.

Ryan and his staff operate 20 of the Bureau’s youth fishing rodeos including some of the biggest events such as Katfishin’ Kids and Outdoorama. Ryan has also led and organized several youth fish camps, and regularly makes presentations to Scout troops, school classes, and youth day camps.