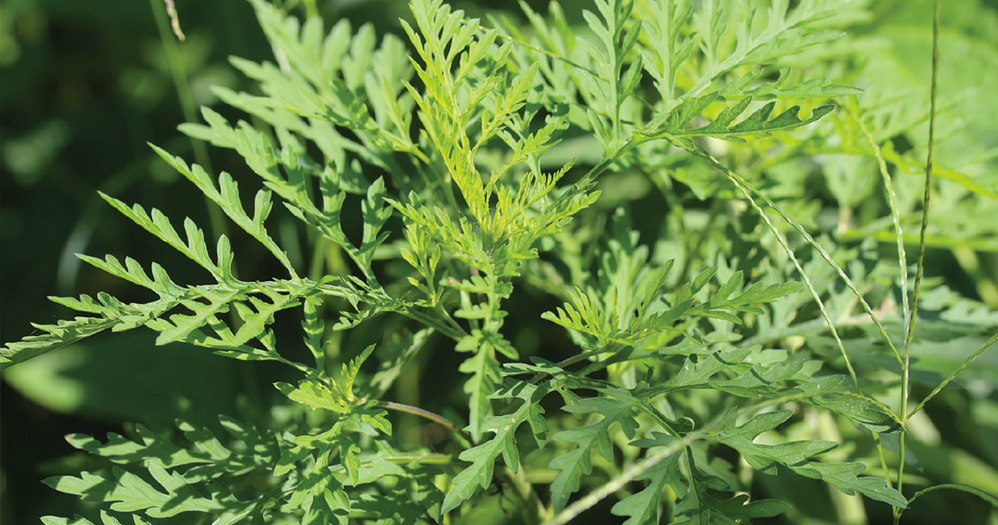 Anyone with summer and fall allergies should know common ragweed as it is one of the primary causes of hayfever. Each plant is reputed to be capable of producing about a billion grains of wind-disseminated pollen that promise to wreak havoc with your sinuses! But despite this aggravation to people, ragweed is a very important plant for many wildlife species.

Ragweed is an annual plant, commonly noticed during late summer, and can grow 3-9 feet tall. Its densely branched stems often form a rounded-top bush with leaves that are fragrant when crushed. The leaves are deeply lobed, almost fern-like, which makes them appear ragged, hence the name. The entire leaf is 1-4 inches long and 1-2 inches wide with most segments less than a half-inch wide.

Ragweed flowers appear during August through November, are 2-6 inches long and spike-like in appearance. Male and female flowers occur in separate heads on the same plant; male flowers, usually drooping, are at the top of the plant while female flowers are in the upper leaves and leaf bases. The fruit is a small nutlet, approximately 0.1 inches long and wide, which develops September through December. 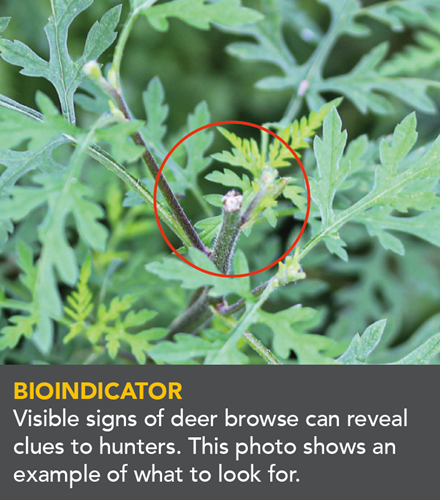 Ragweed is a native plant commonly found throughout Mississippi. It is typically found in open, disturbed sites such as new forest plantations, thinned forest stands, and along roadsides and other openings. Ragweed can be very abundant the first year following a soil disturbance but declines in abundance following the second year. It can be found alone or in dense colonies and is spread by bird-dispersed seeds. Viable seeds will persist for many years in the soil bank, allowing the plant to recolonize after disturbance.

Ragweed is an important plant for many species of wildlife. It ranks among the most important seed and cover-producing plants for quail. Seeds are also readily eaten by mourning dove, American goldfinch, dark-eyed junco, several species of sparrows, and many other songbirds. Ragweed is also used as a larval food for a number of butterflies.

Deer readily consume this preferred forage because of its high digestibility and crude protein amounts often exceeding 20%. Because of this, ragweed can be an excellent “indicator species” of deer abundance in late summer.