More Less Items
Tackling CWD: There are multiple reasons why CWD needs to be managed in Mississippi.
11/2/2020 9:32:27 AM
By William T. McKinley and Kamen Campell 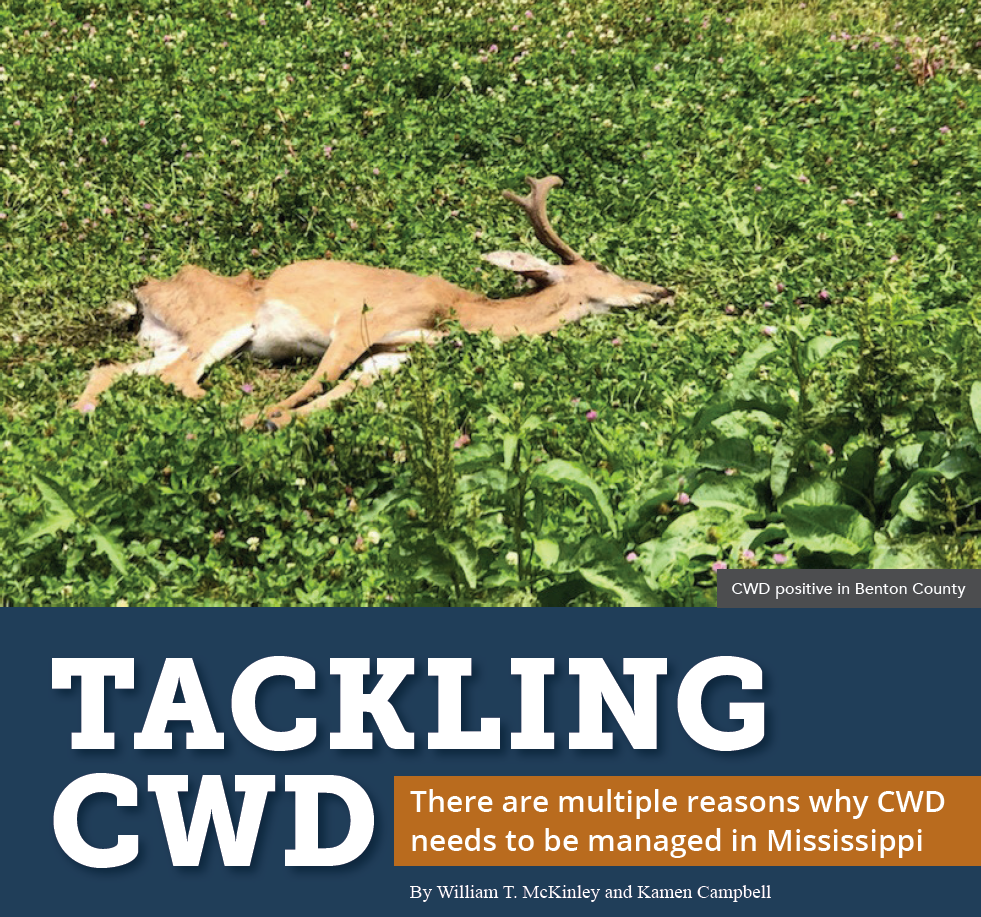 It has been almost 60 years since Chronic Wasting Disease (CWD) was first detected in the United States. To date, CWD has neither eliminated any cervid populations nor is there evidence of cervid-to-human transmission. However, the disease is always fatal, and infected cervids (e.g., deer, moose, and elk) have lower survival rates against things such as predation, pneumonia, and other diseases. The disease has caused population-level impacts on deer and elk herds in areas with high (greater than 30%) CWD-sample prevalence. Population-control measures, such as eliminating female harvest, have been implemented in some areas of high-CWD prevalence to halt population declines from CWD. If not managed, CWD could negatively impact Mississippi’s deer population by reducing survival, thus resulting in reduced hunting opportunities.

Prions, the infectious agents that cause the disease, are not unique to CWD. Other prion diseases are known to affect livestock, such as scrapie, mad-cow disease (bovine spongiform encephalopathy or BSE), as well as humans, such as Creutzfeldt-Jakob disease (CJD). Research involving swine and non-human primates has demonstrated that, under laboratory conditions, the CWD prion is capable of causing disease in non-cervid species. Such concerns naturally extend to human health, as human exposure to CWD is increasing as the disease spreads. While no substantial evidence documenting any transmission of CWD to humans exists, it cannot be ruled out. Limiting exposure of wildlife, livestock, and people to CWD prions is not only prudent but necessary. If no action is taken to manage CWD, the disease will continue to spread. 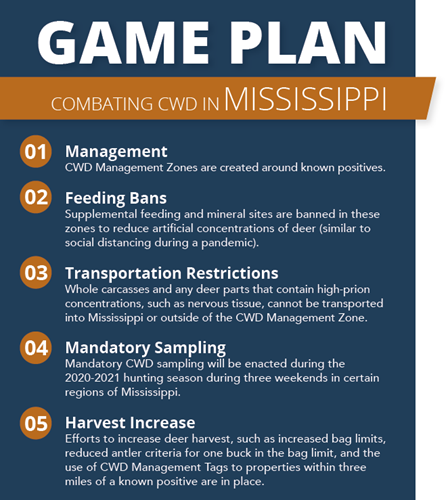 Mississippi Department of Wildlife, Fisheries, and Parks’ (MDWFP) mission is “to conserve and enhance Mississippi’s wildlife, fisheries, and parks, provide quality outdoor recreation, and engage the public in natural resource conservation.” Given current knowledge of CWD and its negative impacts on deer and elk populations in other states, it is imperative to acknowledge CWD as a serious threat to Mississippi’s deer population and take steps to mitigate the disease’s effects. Some management strategies can deviate from the norm; however, these actions benefit the long-term preservation of Mississippi’s deer population. MDWFP also understands the importance of deer and the hunting culture in the state and the threat that CWD poses. As such, there exists a need for hunters and conservation organizations to take steps toward effective CWD management. 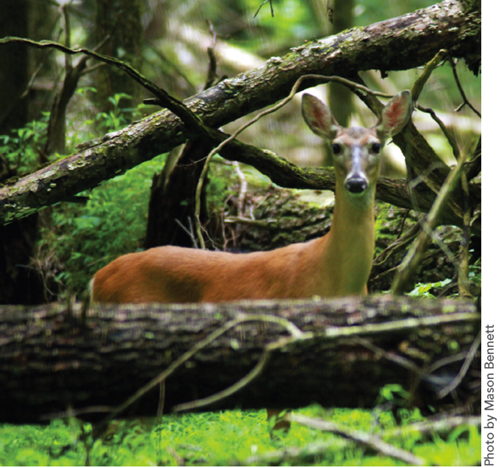 Mississippi initially discovered CWD in February 2018. This first detection was an adult buck in Issaquena County. Samplings in the following deer season uncovered CWD in Pontotoc County (October 2018), Marshall County (November 2018), Benton County (December 2018), Panola County (February 2019), and Tallahatchie County (February 2019). As of August 2020, Mississippi has detected 56 CWD-positive deer. The most recent positives were two sick deer reported in July and August by a landowner in Benton County. A total of 35 deer tested positive during the 2019-2020 hunting season, all of which were harvested in Benton and Marshall counties. One in seven bucks 2.5 years and older sampled in the 2019-2020 season in Benton County tested positive for CWD (see table below).

Prevalence ranges from less than 1% (in four counties) to 13% (Benton County). MDWFP reports prevalence as the percentage of hunter-harvested bucks 2.5 years and older that are CWD-positive. Tennessee has detected 687 CWD-positive deer since the discovery in December 2018, most of which were harvested in counties that border Mississippi. The disease could likely be present but not detected in other counties. CWD has been detected within six miles of Alcorn, Desoto, Leflore, Sharkey, Tate, Tippah, Union, and Warren counties.

MDWFP will operate a minimum of 46 CWD drop-off freezers for hunters across Mississippi to acquire samples in the upcoming season. Hunters drop off the head of a harvested deer, provide contact information, and remove the receipt from the submission card. Additionally, MDWFP will be working with numerous taxidermists across the state. Hunters can view their test results online. MDWFP will personally contact any hunter submitting a positive animal.

MDWFP would like to thank hunters for submitting more than 6,000 samples last season; however, Mississippi’s deer herd needs hunters’ continued help to battle this insidious disease. Hunters are urged to stay updated on CWD, report sick deer, and submit deer heads for sampling. Visit MDWFP’s CWD page at mdwfp.com to learn more about CWD and to read the 2019-2020 CWD Annual Report.

William T. McKinley is the Deer Program Coordinator for MDWFP. Kamen Campbell is a Private Lands Biologist for MDWFP.