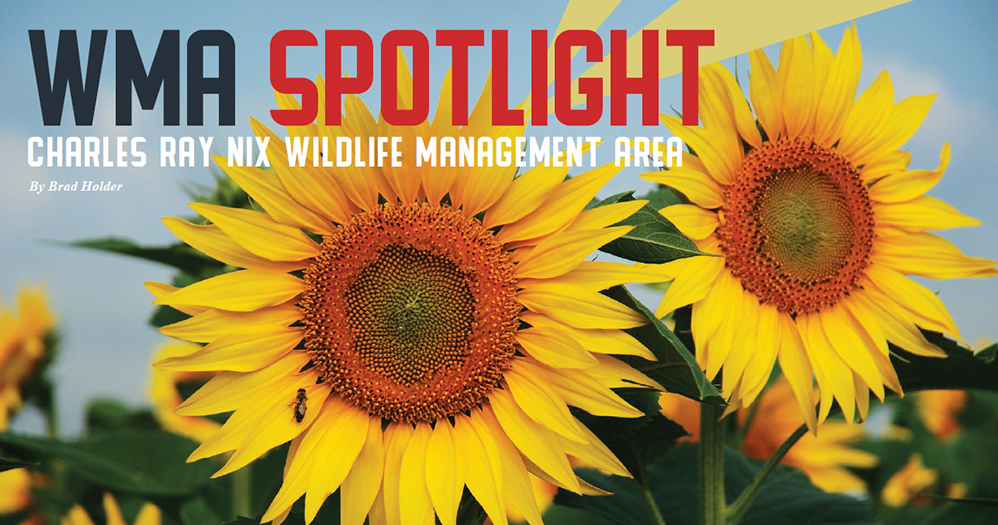 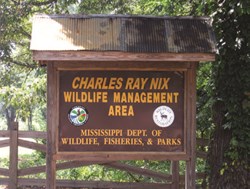 Charles Ray Nix Wildlife Management Area (CRNWMA) is located approximately three miles west of Sardis. From the intersection of highways 51 and 315, travel west on 315 for about 4.5 miles. It is the current site for the McIvor Shooting Facility.

In 2003, Mississippi Department of Wildlife, Fisheries, and Parks (MDWFP) began purchasing land in the hills of western Panola County to create a new wildlife management area (WMA). It was determined habitat management objectives for this public land would focus on small game, mainly Northern bobwhite quail. When the property was purchased, the existing quail numbers were low. Since the intensive management program was initiated, the quail responded. Recent call count data show a significant increase since CRNWMA was first purchased. This WMA officially was designated in 2010 and is approximately 3,900 acres in size.

Hunting is the primary use of the WMA. Hunting seasons offered include deer, rabbit, dove, turkey, and squirrel. MDWFP developed and implemented a plan to provide as much early successional habitat on CRNWMA as possible with hopes of increasing the local quail population and other game and non-game populations. Since 2008, MDWFP has managed CRNWMA to provide almost 3,000 acres of early successional habitat and has documented a substantial increase in the local Northern bobwhite population. Observation, hunter-success, and biological data collected on CRNWMA indicate increased local populations of a variety of species. In addition, early successful habitat management has led to healthier deer. The addition of CRNWMA’s early-successional vegetation has improved wild turkey nesting and brood-rearing habitat ratios within their mostly forested home ranges. 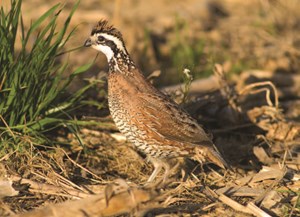 MDWFP has collaborated with Mississippi State University and other partners to sharpen the focus of the National Bobwhite Conservation Initiative (NBCI) down to the state level, and together these groups have developed a proactive recovery plan for quail in Mississippi. While there is no doubt that focusing on private lands is the key to achieving any wide-ranging success with bobwhite recovery, MDWFP has emphasized quail habitat on some of its public WMAs. CRNWMA is one that has shown noticeable increases in the local quail population and has served as a demonstration area that other landowners can observe successful management techniques firsthand. Quail population trends at Charles Ray Nix and other WMAs can be found at www.mdwfp.com/wildlife-hunting/quail-program. The same habitat that grew the local Northern bobwhite population on CRNWMA has benefited white-tailed deer, cottontail rabbits, wild turkeys, and non-game avian species such as dickcissels, meadowlarks, several species of sparrows, indigo buntings, and summer tanagers.

Quail management is no more difficult than proper management for other wildlife, but it does require active habitat manipulation, such as disking and burning every year. Therefore, quail habitat management is intensive. Furthermore, quail habitat must be managed at an adequate scale (often 5,000 acres or more) to produce populations that can be sustainably hunted. Although these facts may seem discouraging, suitable quail habitat can be restored across multiple landholdings if landowners believe it is important. If you want to succeed, get to know your neighbors and work with them to make a difference for quail.

For more information about CRNWMA, visit:
www.mdwfp.com/wildlife-hunting/wma/region/northwest/charles-ray-nix/
The WMA headquarters can be reached by dialing (662) 487-1946.