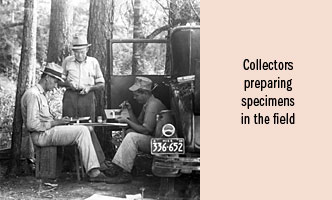 The Mississippi Museum of Natural Science (MMNS) began in 1933 as the State Wildlife Museum under the direction of Ms. Fannye A. Cook, Chief of Research for the Mississippi Game and Fish Commission (precursor to the Mississippi Department of Wildlife, Fisheries, and Parks) and later Director of the Museum. From 1936 to 1941 an extensive statewide plant and animal survey was conducted as a joint federal and state Works Progress Administration (WPA) project under the technical supervision of Ms. Cook. One of the objectives of the survey project was to "make collections representative of species of vertebrates in Mississippi, noting their distribution within the state, observing their habits, and disseminating information secured from field and laboratory investigations in connection herewith." 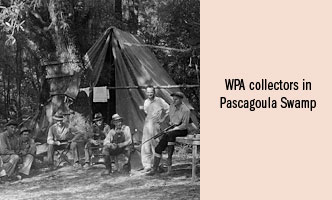 To facilitate the collecting effort, 20 satellite museums were established throughout the state at universities, community colleges, and high schools to serve as temporary repositories for the specimens collected. Having received her training at the Smithsonian Institution while attending George Washington University, Ms. Cook trained field collectors in the methods of collecting and preparing museum specimens and at the height of the project over 300 persons were involved in the survey. Though Ms. Cook's primary personal interest was in fishes and birds, all taxa of plants and animals were included equally in the survey, including mammals, reptiles, amphibians, fishes, birds (including egg sets), freshwater mussels, and insects. During the 6-year project period, over 152,000 specimens were collected and over 135,000 specimens were preserved and cataloged into the permanent museum collections. The collections housed in Jackson became the foundation upon which the present MMNS biological collections were established. 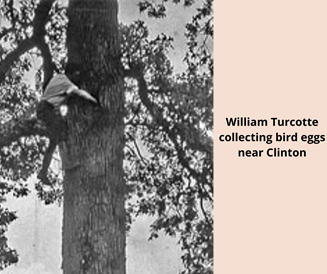 As a testament to her professionalism and constant concern for the proper preparation and subsequent preservation of the specimens obtained during the survey, Ms. Cook often chided field collectors for submitting less than acceptable museum specimens and continually implored her superiors of the need to provide better storage conditions for the invaluable growing collections.

In a 1939 memo to field collectors Ms. Cook reminded them that, "The work to which each of you send to this office will stand to your credit or discredit for generations to come, as the material which we are assembling will be permanently preserved as state records." In 1971, the Mississippi Legislature designated the Museum of Natural Science as Mississippi's "official State Natural Science Museum" and in honor of Ms. Cook's remarkable dedication and achievements, designated the Museum as the "Fannye A. Cook Memorial." 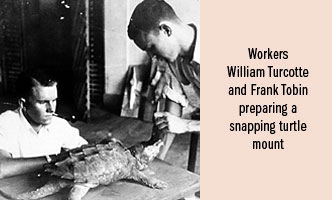 The mission of the Museum, in part, is to promote Mississippi's biological diversity by developing and maintaining biological collections which are used to document the distribution of Mississippi's flora and fauna; serving as a repository for voucher specimens collected during scientific studies and faunal surveys conducted in the state; and by developing and maintaining an active research program involving the distribution, status and biology of Mississippi's flora and fauna. 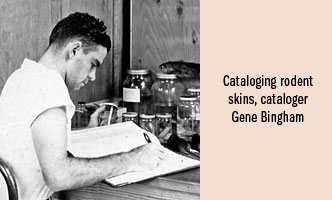 Currently, the collections consist of more than one million specimens, representing the largest single reference for Mississippi vertebrate animals, freshwater invertebrates, and fossil vertebrates and invertebrates in existence. These specimens have been collected by agency personnel, non-agency researchers, and the general public in an ongoing effort to document the diversity, geographic distribution, and ecology of both extant and extinct organisms, as well as the conservation status of living plants and animals in Mississippi. Today, these specimens and specimen related data are used to provide biological information to resource managers, conservation biologists, researchers, educators, and the general public.