MDWFP biologists fly aerial waterfowl surveys in the Mississippi Delta from November to January.  Surveys are typically conducted four times a year along randomly selected transects.  As we fly along the east-west transects from the Mississippi River to the hill line, we count all of the ducks seen within a 250-meter strip, which is marked on the airplane.  Each group of ducks is recorded with a Global Positioning System (GPS) to generate the maps in the reports below.  We then use the total number of ducks counted along the transects to calculate an estimate of all of the ducks in the Mississippi Delta.  While not a complete count of all waterfowl, these estimates provide an accurate index of waterfowl abundance throughout the Delta. This information is regularly used by both MDWFP and hunters to identify key wetland areas for waterfowl and to track responses of waterfowl to changes in weather and habitat.  In fact, the Arkansas Game and Fish Commission adopted this survey method in 2009.  These surveys will help biologists and hunters better understand waterfowl migration throughout the lower Mississippi Flyway. 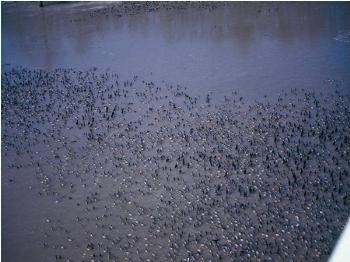 Large group of ducks on a flooded cypress brake in the Delta. 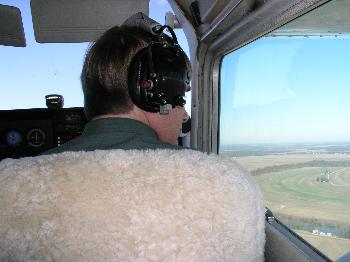 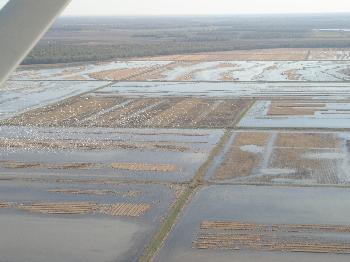 View of Howard Miller WMA during a November flight. 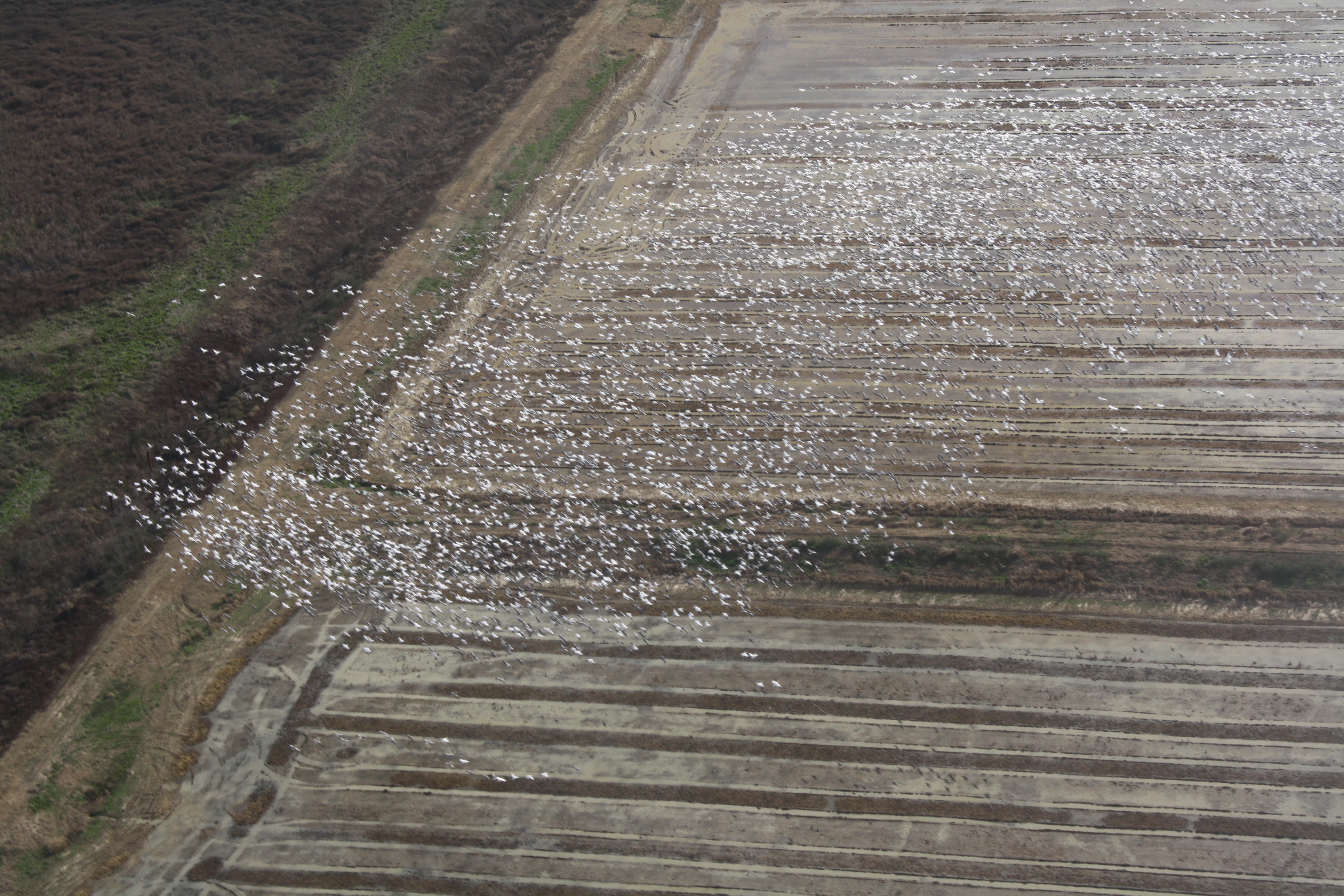 Large flock of snow geese observed during a December flight.