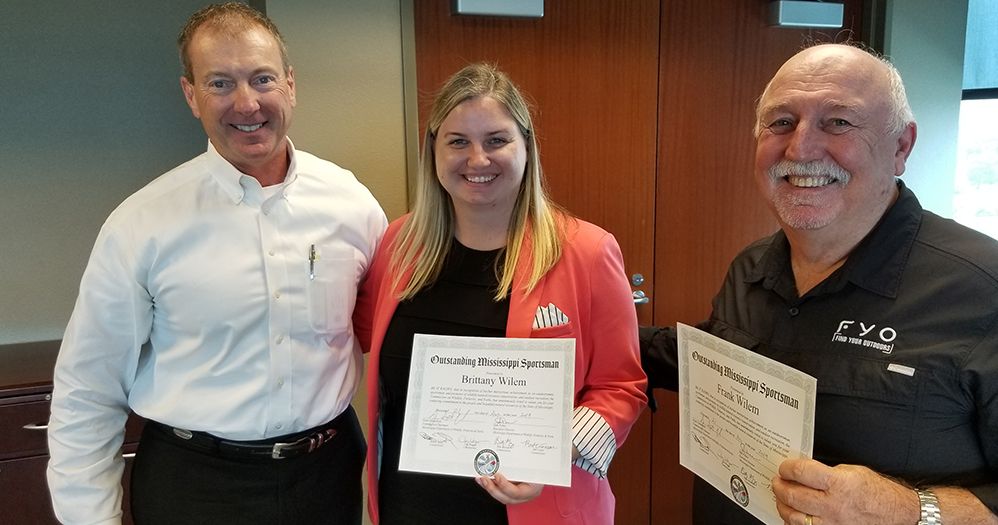 The Mississippi Commission on Wildlife, Fisheries, and Parks presented its first Outstanding Sportsman Awards to Frank Wilem, Jr. and his daughter Brittany of Gulfport. The award is in recognition of meritorious achievement as an outdoorsman, sportsman, and promoter of wildlife and natural resource conservation and outdoor recreation.

Mr. Wilem is an entrepreneur, author, and professional speaker who has enjoyed a diverse and successful life and founder and former Executive Vice President of the nation’s largest manufacturer of automatic teller machines. He currently is a partner in a multimedia outdoor company and has written four novels.

Ms. Wilem is the president of the Wilem Group of Gulfport. A multimedia company that produces a nationally distributed television show, Hook It & Cook It, as well as its flagship production – the weekly television show, Find Your Outdoors, which has been on the air for over 15 years, and is now broadcast nationally in most major U.S. cities to over 45 million households.