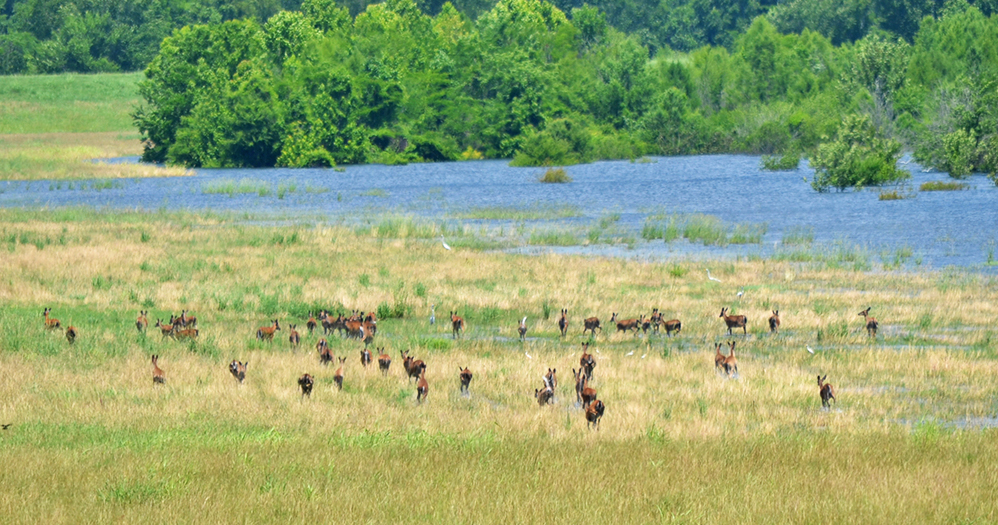 The Mississippi Commission on Wildlife, Fisheries, and Parks voted unanimously to support an initiative to build a pump system in the lower Mississippi River Basin to lessen the impact of high water in Mississippi.

“This year’s dramatic flooding event in the lower Mississippi Delta shows the necessity of a pump system, which would significantly reduce flooding in the Mississippi River backwater,” Commissioner Coopwood said. “Preventive measures such as this would benefit area residents, wildlife and the economy in the region.”

More than 40 percent of the nation’s watershed flows through the lower Mississippi River and above average rainfall this year flooded about 544,000 acres in our state according to officials of the United States Army Corps of Engineers. Vicksburg District Corps of Engineers Water Management Section Chief Drew Smith told commissioners Wednesday if pumps were in place the impact would be substantial.

“There would be a four to five-foot difference in the water levels and the duration would be less,” Smith said. “Pumps are very effective, they work.”

Mississippi is the only back water area of the Mississippi River that does not have a pump system to relieve high water effects. In 2008, the United State Environmental Protection Agency blocked the Yazoo Backwater Area Pumps Project contending that it would have a detrimental effect on wetlands and wildlife in the lower Mississippi Delta. However, Governor Phil Bryant has been to Washington DC to lobby President Trump’s administration to renew efforts to revive the project. Additionally, residents who have been impacted by the high waters are calling for the resurrection of the initiative.