"I've known Lynn Posey for more than 40 years. He is an avid outdoorsman and conservationist," said MDWFP's Commission Chairman Bill F. Cossar. "MDWFP will benefit from his longtime public-service experience."

"As a life-long outdoorsman, I relish the opportunity to move our state forward and turn the page to the next chapter of wildlife conservation and promoting outdoor recreation in our state," Posey said. "The men and women of MDWFP do great work protecting and enhancing our lands and waters. I look forward to working with them."

During his time as a legislator, Posey served for 16 years as chairman of the state Senate Committee on Wildlife, Fisheries, and Parks, and was instrumental in key legislation geared toward helping the state's sportsmen. He spent a career serving the public and ensuring natural resources will be available for future generations. He played an important role in creating Mississippi's Sportsman's Caucus, establishing youth hunting seasons, and other legislation.

Posey earned his bachelor's degree in Political Science and a Master's in Public Administration from Mississippi State University. 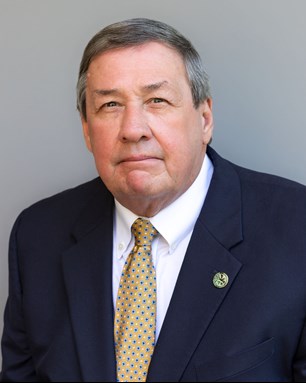