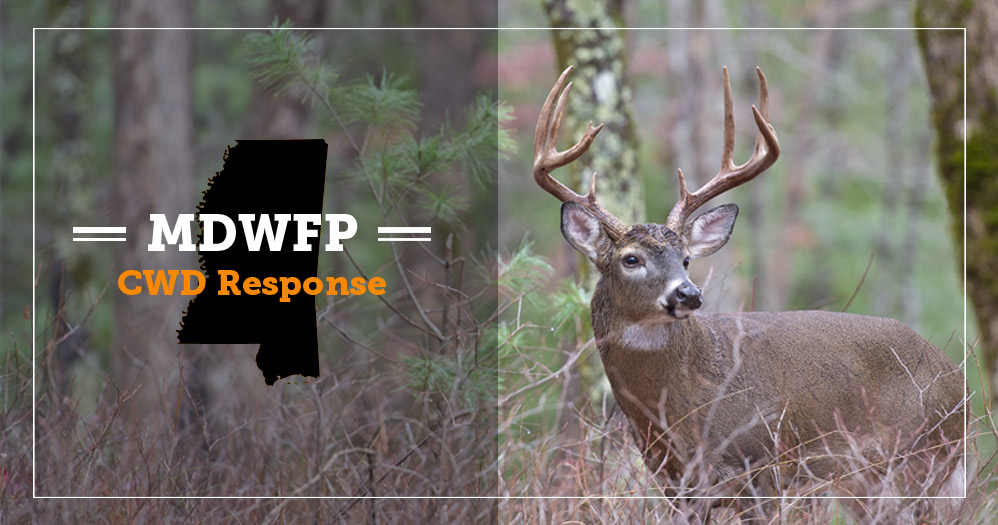 Jackson – The Mississippi Department of Wildlife, Fisheries, and Parks began Chronic Wasting Disease (CWD) sampling efforts on February 23, 2018 in the 5-mile CWD Containment Zone.  Sixty-four samples were collected and submitted for testing. The results were returned on March 5 indicating all samples were “not detected for CWD”.

In addition, MDWFP has collected numerous samples from roadkill and reported sick deer since being notified of a CWD-positive deer on February 9. On March 9, 64 test results (24 from the 6 counties in the 25-mile buffer zone) were received with all deer being “not detected for CWD”. Sampling will continue in an effort to determine the extent and prevalence of the disease.

Also, DNA analysis was conducted on the CWD-positive buck that was collected in Issaquena County on January 25, 2018.  Results suggest the buck’s genetics match nearby free-range populations. MDWFP will continue to collect samples from the CWD Management Zone in an effort to determine the extent and prevalence of CWD in local deer populations.

For more information about Chronic Wasting Disease, or to report a sick deer, visit www.mdwfp.com/cwd. Follow us on Facebook at www.facebook.com/mdwfp or on Twitter at www.twitter.com/MDWFPonline.