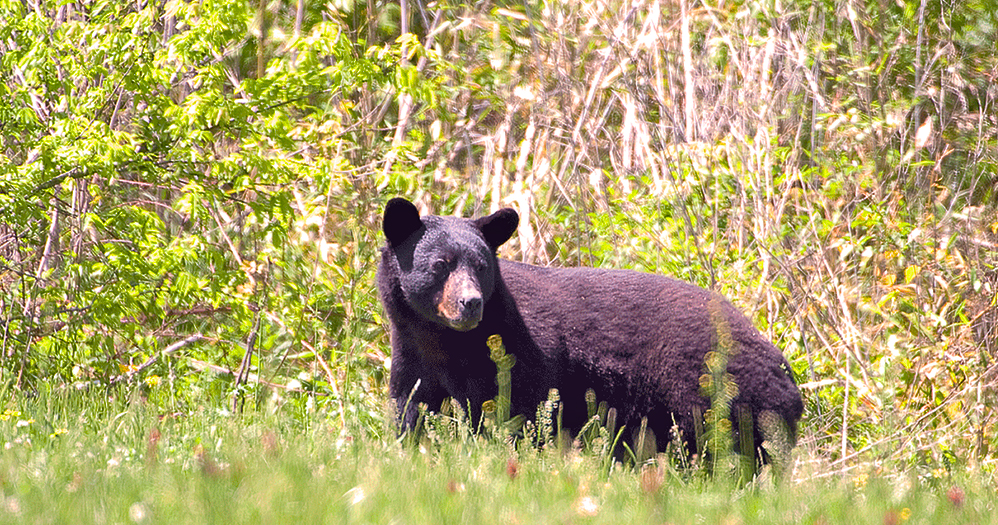 During the late spring and early summer, black bears will be in one of their most active times of the year.  Generally, while black bears remain very secluded and non-confrontational, some precautions should be taken to avoid encounters.

During this time of year, three (3) major factors increase movement of black bears in Mississippi:

Breeding Season – Breeding season is beginning for bears in Mississippi.  This means that bears (primarily males) will be out and about on the landscape in search of a female.  Bears are generally crepuscular, meaning they are most active at dawn and dusk.  However, during the breeding season (which usually peaks in late June – early July) the likelihood of bears moving at random times during the day increases.  In addition, the chances of seeing bears in areas they are not usually found also increases during this time. 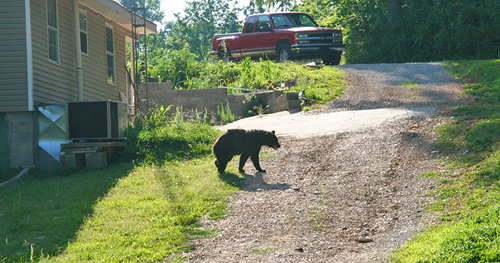 Young Bears Stretching Their Legs – Not only does the onset of breeding season increase movement of mature bears looking to mate, this is also the time of year young bears are pushed away by their mother to establish their own home range.  This behavior not only aids in the expansion of the population, but also contributes to genetic drift (less chances of inbreeding).  Sub-adult males are the most likely to be seen roaming, and could possibly stumble into more urban environments.  Generally, these bears are seen passing through urban areas on their way to establish a permanent home range

Food Source – The progression of spring to summer also marks a transitional period in the primary food that black bears eat.  Black bears are opportunistic feeders and their diet consist largely of plant material and invertebrates with very little meat.  During the spring, bears eat a variety of plant material such as forbs and grasses.  As spring fades into summer, a bear’s diet begins to shift more towards soft mast such as fruits and berries.  With bears already on the move and seeking out different food sources, the likelihood of coming in contact with humans is increased. 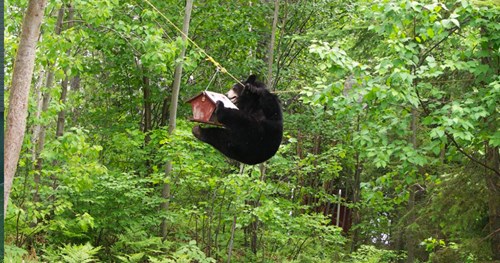 The most important thing to remember, if you see a bear in the area you live, work, or spend any amount of time, is the opportunistic feeding behavior of bears.  Bears will take any free meal they come across, which includes but is certainly not limited to household/campsite garbage, pet food, and offal/carcasses from a successful fishing trip.  Other considerations often overlooked are food left in vehicles with doors unlocked and/or windows down or the smell of a recently used barbecue grill.

If you encounter a bear, it is best to back away and let the bear move on, then secure anything in the area that would give the bear a reason to come back.  If a bear sees you and does not leave on its own, FROM A SAFE DISTANCE, make some noise (car horns or banging pots together work well) and large gestures to encourage the bear to  leave.  If you encounter a bear that stands tall on its hind legs, this is not aggressive behavior, the bear is simply getting a better look at what is just came in contact with.  Jaw popping, and pumping the ground (doing short push-ups) are signs of defensive aggression.  This behavior is simply the bear’s way of saying, “you are too close, and I am getting upset, time to back-off.” 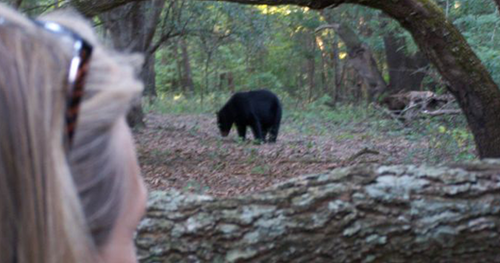 In any event that you come into contact with a bear that will not leave or shows aggressive behavior, you should back away from the bear slowly and take shelter in a structure such as a vehicle or building and leave the area if possible and alert MDWFP of the situation.

Report a Black Bear to MDWFP

We encourage any sightings to be reported to the MDWFP, you can do this on the Black Bear Program web page as well where you will find and link at the top to a fillable PDF.  This reporting form is very in-depth and we ask you to enter as much information as possible and email the form to the email address provided at the bottom of the form.

As always, if you have any questions you may call the Jackson Office during regular business hours or if you have an emergency relating to bears or any other wildlife incident please call 1-800 BE SMART.