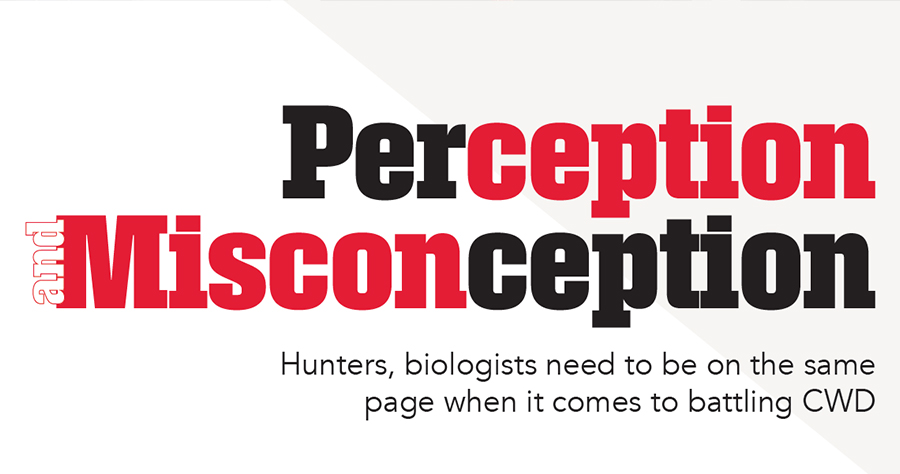 Chronic Wasting Disease (CWD) likely will be one of the most discussed topics around the campfire this fall for deer hunters in Mississippi, as well as throughout the Southeast. The same goes for deer biologists at the Mississippi State University (MSU) Deer Lab and Mississippi Department of Wildlife, Fisheries, and Parks (MDWFP) – no topic is discussed more frequently than CWD and how we plan to manage this deadly disease. Recently, MDWFP and MSU hosted a five-state meeting that included state fish and wildlife agencies, government and university researchers, and conservation organizations to review strategies for how best to get accurate information to hunters and policy makers about CWD. As you can tell, we are all still taking this deadly disease seriously.

A common misconception on social media is that CWD is a hoax, or the impacts of the disease are overstated. Nothing could be further from the truth. While there are still many unanswered questions about infectious prions and CWD, there is no doubt about the consequence of CWD: It kills deer. Some people might say, “so what’s the big deal? Deer die all the time … what makes death from CWD any different than death from a hunter, car collision, or another disease like blue tongue?” While it is true that diseases like blue tongue can impact a deer herd at a local level, and especially in the Mid-west, the disease has a definitive endpoint – at first frost the biting gnat that spreads the virus dies, along with spread of the virus. Another difference with blue tongue is that all deer do not die, and those that survive will have immunity to future occurrence (if you have harvested a deer with sloughed hooves, then that is an indication the deer lived through bluetongue). Neither of these aforementioned conditions are true with CWD, which is 100% fatal with no annual termination point. It spreads year after year. 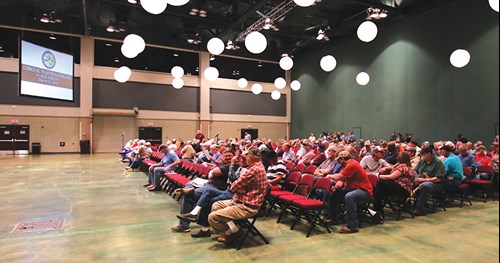 Because CWD is not immediately fatal, many people underestimate the long-term, cumulative effect of the disease. A deer can live one or two years before eventually succumbing to the disease. When only a few deer have the disease, it is not a big deal from a population dynamics perspective. When 30% or more suffer from the disease, it begins to take a toll on the size of the population.

We can look to a Wyoming study to see an example of this long-term effect. Biologists with the Wyoming Game and Fish Agency believe CWD has been present in their state since 1985, and in some areas up to 33% of harvested whitetails had CWD. Researchers captured, marked, and followed whitetails to determine their fate from 2003 to 2010. They compared the mortality rates of both CWD-positive and CWD-negative deer. Keep in mind this mortality of CWD-positive deer is not solely because of deer dying from the disease; infected deer become more vulnerable to all the other routine sources of mortality like hunter harvest, car collisions, predators, and other debilitating diseases. Remember, the first CWD positive deer in Mississippi actually died from pneumonia, but CWD ultimately caused it to contract the deadly infection. 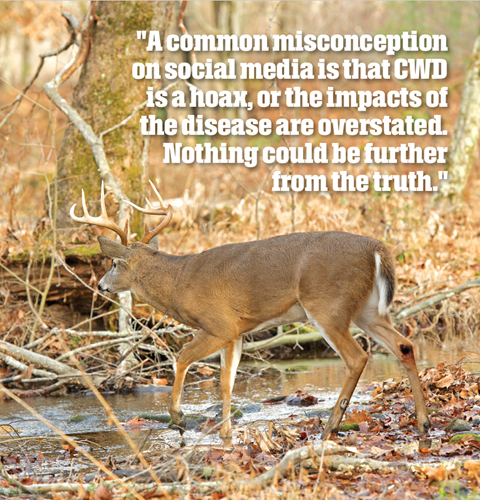 So what do those numbers mean? Think about this: Are enough fawns being born and surviving to the age of reproduction (this is what causes a population to grow, stabilize, or decline)? It is much like a bank account. If you take out more money than you are putting back in the account, you will eventually bankrupt. The same process works in a deer population – if more deer are dying each year than are being born, recruited, and replacing the adult deer that die, the population will decline. This is precisely what the researchers found. In this area of Wyoming, the deer population is declining at a rate of 10% annually. The segment of the deer herd that is having the most influence is the does. When a majority of the does are not living to old ages, fawn production drops, and so do population numbers. This is not a hoax; this is the real-world consequence of having CWD for a long period of time. CWD can cause a deer population to decline.

What can you do as a hunter to help MDWFP manage this disease? Most importantly, have your harvested deer tested for CWD. MDWFP cannot manage CWD without knowing where the disease is. To all the hunters that had their deer sampled last year, thank you. Please continue with the good work this season so a better estimate for where the disease occurs in Mississippi can be attained. This plea for help is greatest in the southeastern counties, where sampling effort was low. Remember, testing is free; it only requires a little effort to find a drop-off location and submit the sample. You can visit MDWFP’s website to find the nearest drop-off location.

When visiting with hunters after the 2018–19 deer season, a comment we heard frequently was “the deer didn’t look sick, so I didn’t have it tested.” Keep in mind that deer can live with CWD for at least a year and show no symptoms until the end. Therefore, a healthy-looking deer can be infected with CWD. Much like collecting the body weight, age, and antler dimensions from harvested deer, having your deer tested for CWD should be the new norm, just a routine part of deer management. 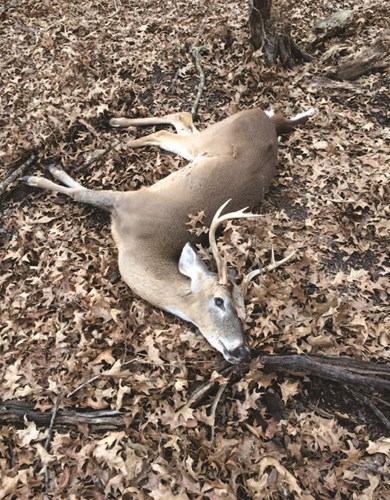 In closing, we would like to remind hunters where they get information on CWD, or any deer management topic, is important. The website cwd-info.org is a clearinghouse of information collected from world-renowned CWD experts and can be used to answer most of your questions about CWD. We caution getting information about CWD from celebrities on social media – being a celebrity does not make someone a CWD expert. Instead, get science-based information from people who have devoted their careers to the science of deer biology and diseases.

As a hunter, you are a conservationist and shepherd of the Mississippi deer herd. Much like the generation before us that worked with our state wildlife agencies to establish and grow deer populations, we must now all cooperate to stop this threat to our treasured natural resource. You owe it to your children and grandchildren.