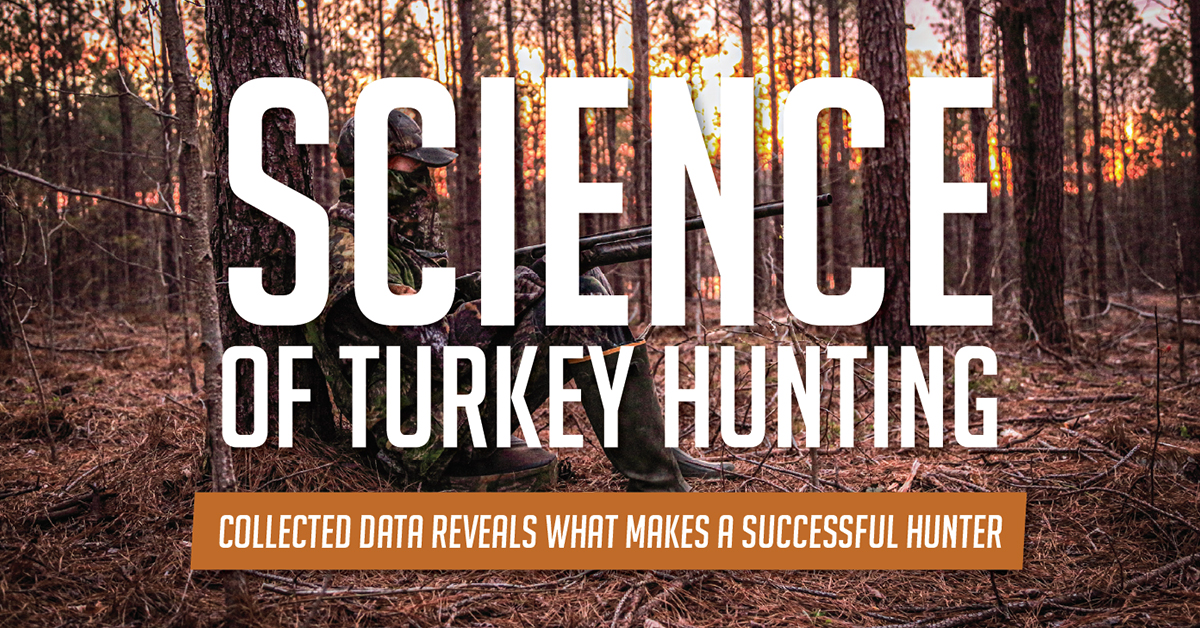 Hang around a small-town diner, a sporting goods store, or any locale where sportsmen gather and it does not take long to notice a pattern in the conversations. There is always the one that got away. The big buck that dodged daylight for four consecutive Decembers. The call-shy gobbler. And of course, the old cliché lunker that will not bite. In telling these stories, some dejected soul seeks consolation, but what they almost always receive instead is condescension.

It is no secret that deep down all hunters truly believe in their prowess. It has something to do with our shared romance for Daniel Boone, Davy Crockett, and the American frontier spirit. If they could hack out a living amongst the wilderness, then surely being a natural-born woodsman and crackerjack shot is our inheritance, right?  And so, unsurprisingly, every other hunter has an answer for the one that got away. Just ask them. They will not hesitate to tell you where you went wrong. And you will quickly see what Sherlock Holmes meant when he said, “It is a capital mistake to theorize before one has any data.”

Fortunately, there is 25 years’ worth of data for Mississippi turkey hunters. And for those willing to listen to its secrets, there are tidbits of wisdom that can offer a legitimate remedy for the one that got away. The data I am referencing is part of the Spring Gobbler Hunting Survey (SGHS), which was created by Mississippi Department of Wildlife, Fisheries, and Parks (MDWFP) in the mid-1990s to gather detailed information about the state’s wild turkey population. The SGHS is a true citizen-science endeavor, and ordinary hunters are its lifeblood.

For a quarter-century, thousands have risen with the sun and recorded what they have seen and heard while hunting. The result is an incredible overview of Mississippi’s turkey flock. The information it provides has been used in count-less ways: tracking population change, assessing regulations, and, best of all, understanding the bird’s breeding sea-son. Perhaps most interesting is the data that reveals the essential ingredients of a successful spring outing.

When, where, and how?

Since its inception, the SGHS has documented more than 2.9 million gobbles of the wild turkey. The data shows peak gobbling usually falls during the first week of April, but a closer inspection reveals significant geographical variation. For example, gobbling activity rises much earlier in southern Mississippi and crests around March 20. It remains constant through early April when it eventually dips into a lull around April 10. On the other hand, gobbling can be almost nonexistent during March in our north-ern counties, and quickly reaches a crescendo around the time gobbling farther south begins to stall. 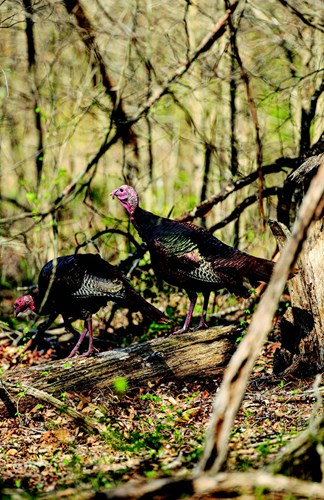 The SGHS also has asked participants questions about their tendencies and habits while in the field. When these responses are coupled with their observations and harvest, it becomes easy to measure the factors contributing the most to hunting success. For starters, there is a clear relationship between success and the amount of private land to which a hunter has access. The success rate of hunters who only hunt one or two private tracts is no better than those who solely hunt public land. Meanwhile, hunters blessed with three or more tracts realize an approximate 30% gain in average success rate because of their increased access. Just as importantly, hunting pressure is a strong predictor of outcome. Hunters on lightly pressured properties bag birds almost twice as of-ten as hunters on properties more heavily pressured.

In addition, the survey illustrates the tools and tactics that, on average, put birds in the bag more often. For example, hunters who use nontraditional type calls such as wingbone, trumpet, tube, or scratch-box style bag about one of every eight or nine gobblers they encounter. In contrast, those who primarily rely on diaphragm or box calls only bring home one per 14 or 15. If the birds are not talking, hunters who choose to sit in one place and wait are about one-fifth less likely to harvest a bird as those who prefer to “run and gun.”  Shooting range matters, too. While only 5% of hunters say they feel comfortable shooting beyond 50 yards, this subset is about 50% more successful than everyone else. Unfortunately, this gain comes with a regrettable price. The tendency to take shots beyond 50 yards translates into a 60% increase in misses and a 40% increase in crippling loss.

How are the best hunters diﬀerent?

When the most successful turkey hunters in the SGHS are compared to everyone else, stark differences emerge. First, the top turkey hunters are considerably better at their craft. For instance, it takes most hunters 8 to 12 hunts to harvest a gobbler. The top 10% of turkey hunters, on the other hand, produce a bagged bird on about every third trip afield (note: SGHS participants can record toms they call in for others; therefore, some hunters document more than their three-bird bag limit). To put that contrast in different terms, the average hunter hears about 16 individual gobblers for each gobbler he or she bags. Meanwhile, the top-tier hunter bags one gobbler out of every five heard. 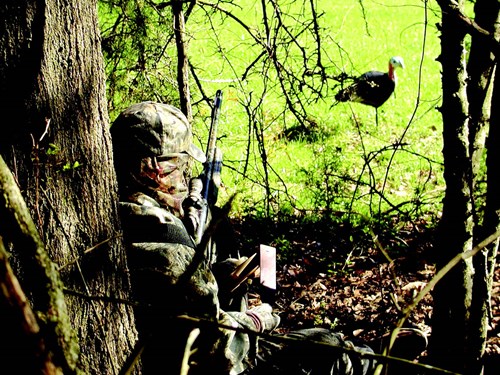 So, what makes them so much better? It's almost entirely in their approach.

Finally, when asked, the top 10th percentile is likely to be extremely selective when choosing the set-up spot from which the hunter attempts to work a gobbler. They are 20% more likely to say that the right setup is the most critical determinant of consistent success even when compared to calling ability, woodsmanship, patience, knowledge of the terrain, or local turkey abundance. So, scout a lot and choose your hiding spot wisely.