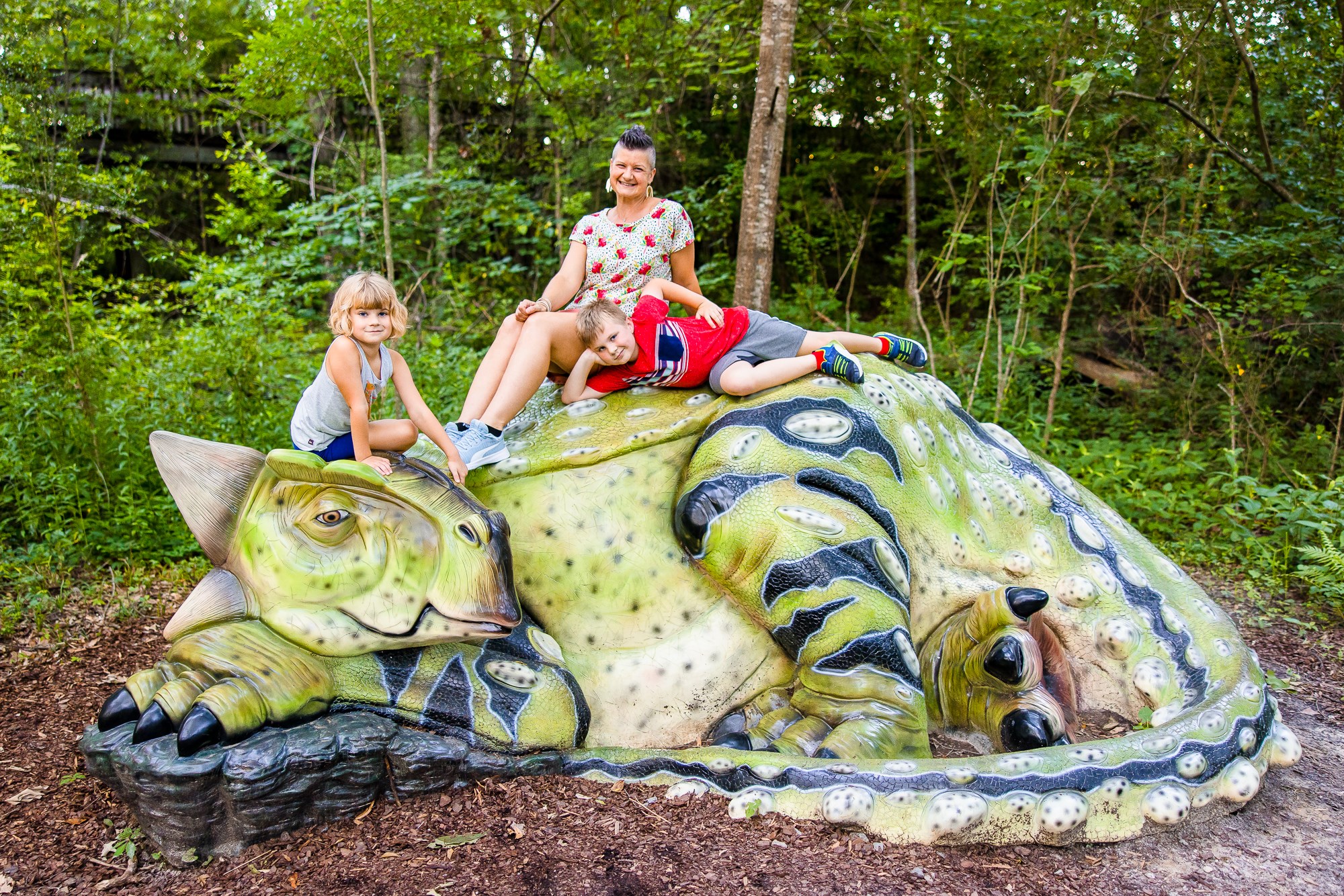 Nestled along one of the museum’s nature trails, you can see six large-scale, 3-D dinosaur models, including a Triceratops, Tyrannosaurus Rex, Chasmosaurus, Nodosaurus, Appalachiosaurus, and an Eotrachodon with nest and newly hatched babies.

Along the way, learn a fascinating fact about each dinosaur as well as its height, length, weight, diet, and time period.

The new trail officially opened on July 1, 2022, with a ribbon-cutting ceremony honoring the memory of the project’s benefactor, Gerard “Jerry” Case, a long-time friend of the museum (see below). The museum and the Foundation are grateful for this gift and proud to recognize Mr. Case’s achievements in the field of paleontology with this new Dinosaur Trail that will delight generations of museum visitors!

The Dinosaur Trail is included with MMNS Foundation Membership or the museum admission fee.

Plan to explore the new, state-of-the-art LeFleur’s Bluff Playground (no admission fee) during your museum visit, too.

Get more details about the museum’s events, permanent exhibits, and special exhibits. 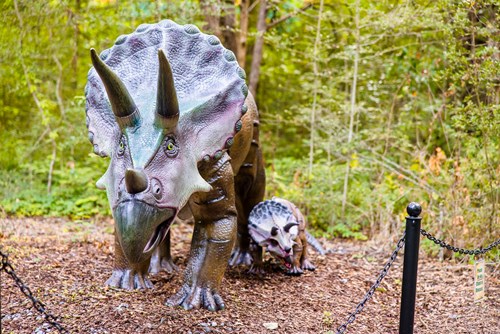 A veteran of the US Navy, Gerard “Jerry” Case was an artist, illustrator, and author who had a great passion for paleontology resulting in an illustrious and prolific career in the field.

In all, Case named 180 fossil genera and species in well over one hundred publications and at least a dozen species and one genus have been named in his honor.

In 1992, Case received the Paleontological Society’s Harrel L. Strimple Award, which is the highest honor for an avocational paleontologist.

In 2022, Pratt Institute, Case’s much-beloved alma mater, presented him with a Doctor of Liberal Arts (Honoris Causa) for his contributions to the arts and sciences. 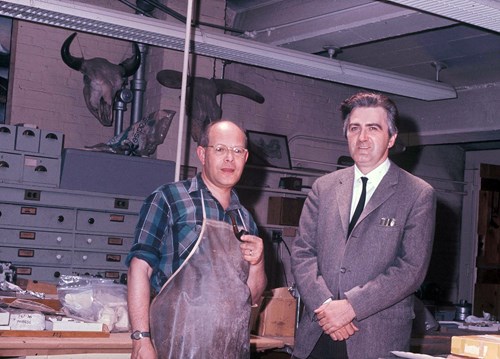 Gerard R. Case with lifelong friend and cartoonist/illustrator Clifford Augustson, among whose characters include "Felix the Cat"