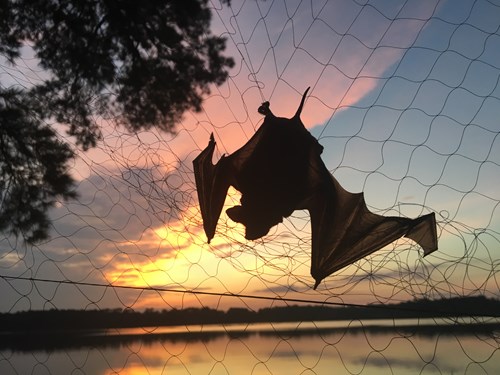 There are over 1,400 known bat species that occur worldwide. Bats make up the second largest order of mammals, second only to rodents. All bats species in Mississippi are insectivorous, meaning they consume insects.

Threats to bats include White-nose Syndrome, habitat destruction, and poor public image. White-nose syndrome has caused the death of over 5.7 million bats in North America. Bats are slow to recover from impacts since majority of species have one pup per year.

Most bat species rely heavily on forested habitats to provide both roosting and foraging sites. Some bats have adapted to man-made structures such as bat houses, bridges, buildings, and culverts for roost sites.

Research is necessary to understand where different species of bats occur and at what abundance. Outreach programs to educate the public are necessary for people to understand facts about bats, such as bats are not blind and less than 0.5% of bats have rabies.

Bats play a very important ecological role through regulation of the insect population, maintaining the health of natural ecosystems, and are also beneficial to the economy. 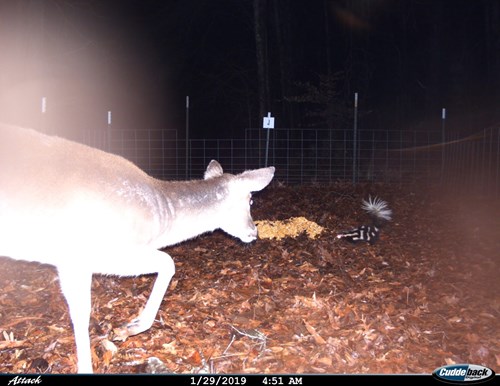 Spotted Skunk at Canemount WMA in 2019

If you have seen an Eastern Spotted Skunk, please report the siting and location to Katelin Cross. 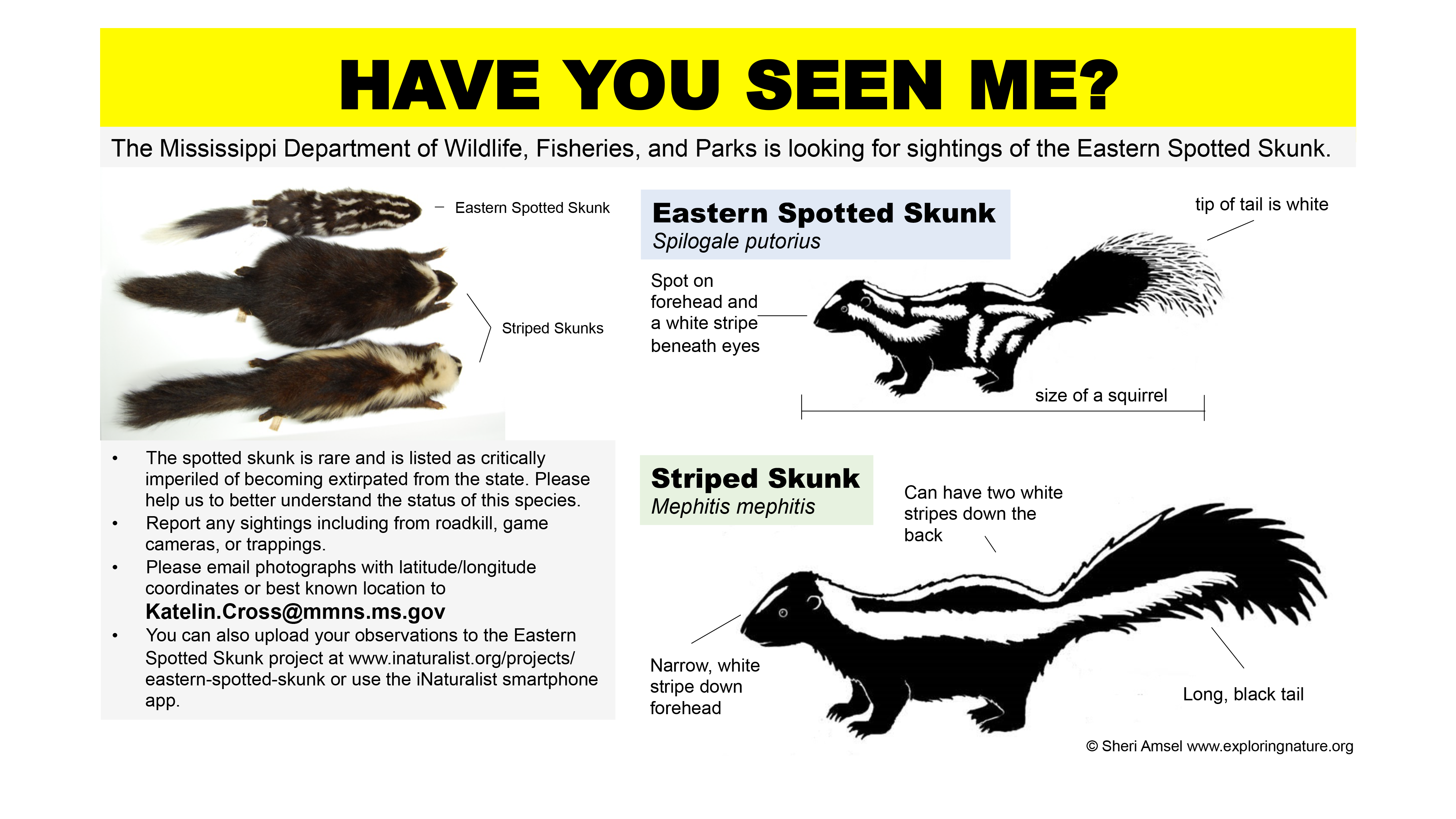 Oldfield mouse (Peromyscus polionotus) and Meadow Jumping Mouse (Zapus hudsonius) have a limited distribution in the state and occur in low numbers. Currently, there are only two confirmed records of the Meadow Jumping Mouse in Mississippi, with one specimen residing at the Mississippi Museum of Natural Science Mammalogy collection.

Ongoing research is being conducted to better understand where these species occur in the state and if population numbers are declining.