What does it mean for a bear to den?

Black bears are not true hibernators but rather enter a period known as carnivorean lethargy or 'torpor'.  The primary purpose of this extended sleep is to survive food shortages and extreme weather during the winter months.  During winter dormancy black bears exhibit several physiological changes including a decline in body temperature, a 50% decrease in metabolism, a decline in heart rate to 15-30 beats per minute, and approximately a 25% reduction in fat reserves.

Denning is not required for all bears in milder climates.  With the exception of pregnant females, which must den in order to give birth, bears may remain active if sufficient food is available.  Mississippi black bears typically have a shorter denning period and show greater winter activity than in other regions.  This shorter duration is believed to be a function of greater food availability during winter months.  Pregnant females typically will be the first to den, followed by females with young from that year, solitary females, and finally males.  Once the females have denned, they generally remain there until the onset of spring unless they are disturbed.  In some cases females may show some limited activity, leaving the cubs in the den to forage in the area around the den.  Males have been documented to spend as little as a few weeks in the den before resuming activity.  Upon emerging from the den the reverse is seen, with males becoming active first with females who have recently given birth being the last to end their denning season. 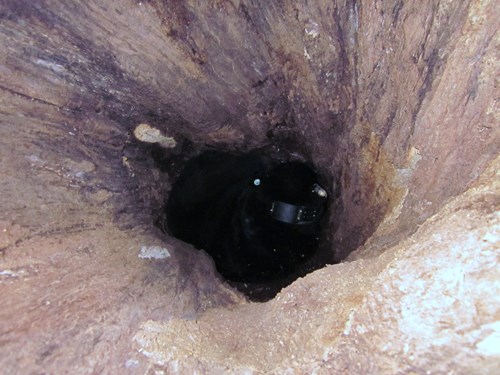 Where do bears in Mississippi den?

The type of den used by black bears in Mississippi varies greatly depending on the specific area the bear lives.  Bears will use trees, standing snags, ground nests, logs, stumps, piles of woody debris and will excavate dens under trees, logs, or human structures.  Tree dens are typically located along rivers, sloughs, or lakes and are made in cavities of bottomland hardwood trees such as bald cypress or oak.  In areas that are prone to flooding, elevated tree dens are preferred, especially by pregnant females, offering protection from the unpredictable floodwaters.  However, in both higher ground and floodplain areas concealment is generally the primary factor in black bears choosing a den site. 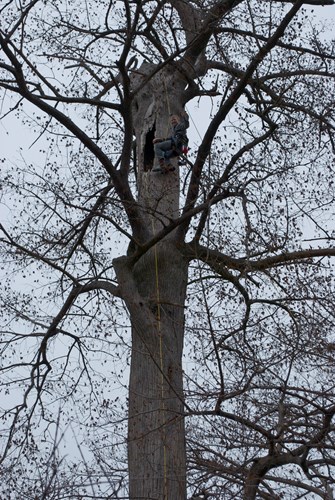