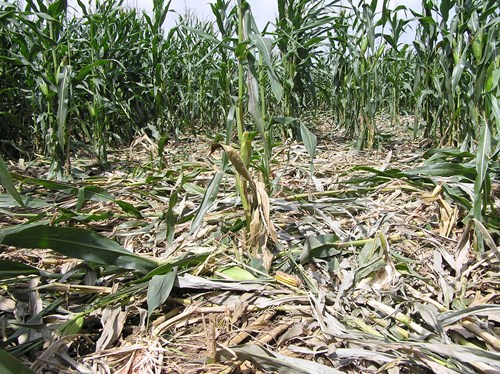 According to a USDA study, wild hogs can be blamed for $1.5 billion in damages every year in the United States. The feeding habits of wild hogs make them particularly destructive to crops, woodland habitats, levees, moist soil units, golf courses, and right of ways. Wild hogs can cause massive losses for farmers during planting and before harvesting by trampling or eating crops or rooting up and eating seeds before they can sprout. Destruction of seedlings by wild hogs during forest regeneration operations can also be an economic detriment in many areas.

Wild hogs also cause damage to native flora and fauna as well as the habitats in which they reside. Whether by direct predation of small mammals, amphibians, reptiles, eggs, and insects, or by competing with animals such as white-tailed deer for valuable resources, wild hogs create a stress on almost all native wildlife species. The disturbances caused to the soil due to rooting behavior can cause invasive plant species such as Chinese tallow to become more prevalent.

Many of the places where hogs are now found are home to threatened or endangered species. Many species such as wading and shorebirds, many amphibians, alligators, and even sea turtles are suffering a decline in reproductive success or population declines due to the predation of wild hogs.