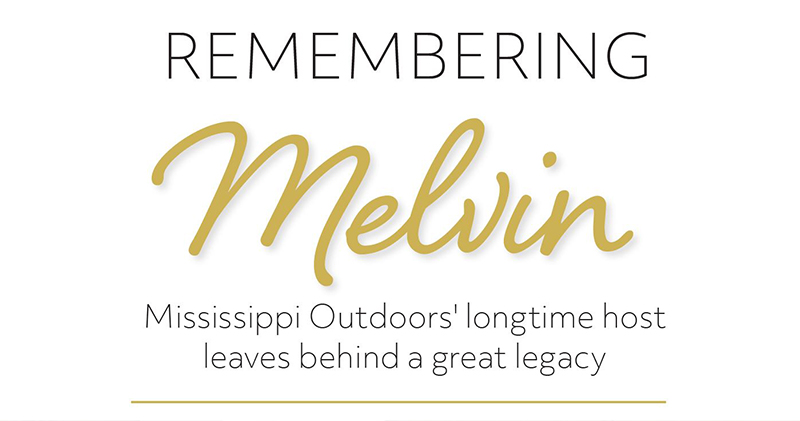 Fisheries, and Parks (MDWFP) began in 1966. He worked in public relations, making appearances at schools, civic organizations, and county fairs. Eventually, he became the amiable host of the Mississippi Outdoors television show for more than 30 years.

“My momma and daddy used to tell me I need to quit hunting, fishing, and spend more time learning to read and write so I could find a respectable job,” Melvin said in a 2008 Mississippi Outdoors article. “I used to play hooky from school so I could take my slingshot and go hunt. They used to tell me I’d never make a living hunting and fishing.”

The outdoors of Mississippi lost one of its best friends last October when Melvin Tingle passed away. A man synonymous with the Mississippi Outdoors television program, Melvin logged thousands of miles and countless hours creating segments and shows. His adventures included duck hunting with Archie and Eli Manning, catfishing with Jerry Clower, and rabbit hunting with members of the Choctaw Indian tribe. Melvin always was recognized, and he made time to talk and listen to people.

He ingrained himself into the fabric of Mississippi’s outdoor landscape and, as Melvin once said, was living every country boy’s dream.

“Very few people get to live out their dreams and fantasies,” Melvin said. “With God’s grace, the support of my wife Betty and Mississippi Department of Wildlife, Fisheries, and Parks, I’ve been able to do just that.”

Those who knew Melvin know he exceeded those dreams and expectations. Here are some of their fondest memories: 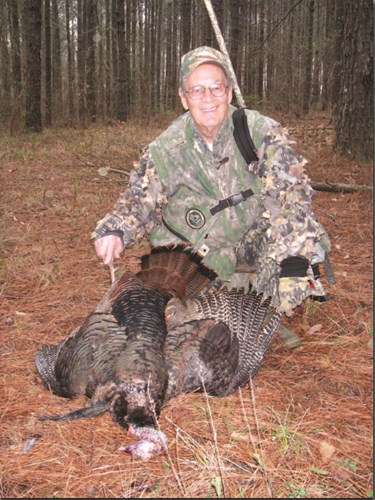 We arrived at our “boattel” in Marathon Key. After putting our luggage away, we met at the boattel’s restaurant. The plan was to get a quick bite and discuss the next day’s video shoot. Melvin was last to arrive, and in the meantime, we had ordered a local delicacy rarely seen in Mississippi back then — fried calamari (a fancy name for squid).

The food arrived at the same time as Melvin, and without asking what it was, he began to eat.

“Oh, wow!” he said. “These are the best onion rings I’ve ever tasted!”

We burst out laughing as we told him what he had just consumed. It was obvious from the look on his face that to him squid was bait.

He quickly recovered and was a good sport. But I don’t think he ever looked at bait — or an onion ring — quite the same way again. 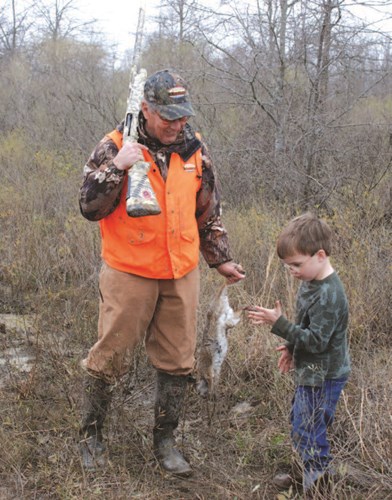 Melvin had many unusual talents, including the almost unnatural ability to go to sleep anytime, anywhere. But undoubtedly his most memorable talent was conversation, and my most memorable conversation with him came in 1994 on a hunt in Colorado. We’d followed that year’s Mississippi bowhunting champion, Bobby Bennison, on an elk hunt that unfolded just above Grand Junction, Colorado, at roughly 10,000 feet. I have Type I diabetes and experienced a lot of problems controlling my blood sugar because, at that altitude, your body burns sugar just to breathe. So after still hunting the entire morning of our second day, we stopped and ate lunch, allowing me to get my blood sugar up to a survivable level.  We sat on the edge of a massive canyon, painted in the distinct yellows and reds of dying aspen leaves, and we reflected on the beauty that surrounded us.

The wonder of it all prompted me to ask Melvin:  “If our souls are allowed one last dart around the globe after we die, where would you go, Melvin?”

He answered without a pause: “I wouldn’t leave Mississippi. No sir, I’d fish for specs on the Gulf Coast, hunt turkey in Jeff Davis County, shoot geese in the Delta, and fish for bream and bass practically anywhere in the state.”

Always playing the devil’s advocate when it came to Melvin’s love of his home state, I asked: “What about that gigantic Bass Pro Shop in Springfield, Missouri?”

He snickered before answering: “Well, I might pick up a few jigs there … but only if they’re on sale.”

I’d be willing to bet that if we are allowed that one last romp, Melvin did exactly what he said he’d do. And if his tackle box was a few jigs short, forget about Springfield — sale or no sale, he picked them up right there at the Bass Pro Shop in Pearl … Mississippi. 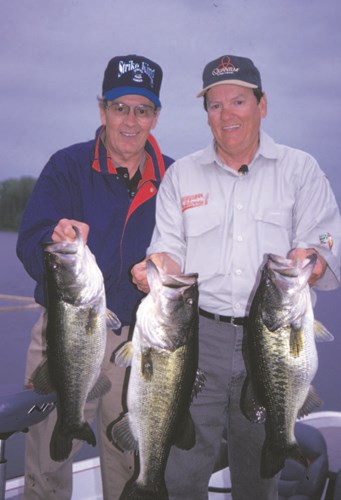 I ended up working on the Mississippi Outdoors show for six years. At the end of that time I knew a lot more about working in the woods and about Mississippi. I owe it all to Melvin. I had been on plenty of camping trips, but working in the woods, trying to photograph wildlife was a lot different than camping with a camera. Here are a few things that I learned from Melvin:

Melvin also taught me more about the state than I ever learned in a Mississippi History class. No matter where we went, he knew the area’s history. But he also knew the things you don’t read about in a book, the tidbits and trivia that make it interesting. And he knew someone, everywhere. I don’t know how many times I was asked, “Where’s Melvin?” when he wasn’t with me filming. But it was a lot. Everywhere we went, people associated Melvin with Mississippi Outdoors. I know the show has had lots of hosts over the years, but when most people think about the TV program, they think of Melvin. And that’s the way it should be. 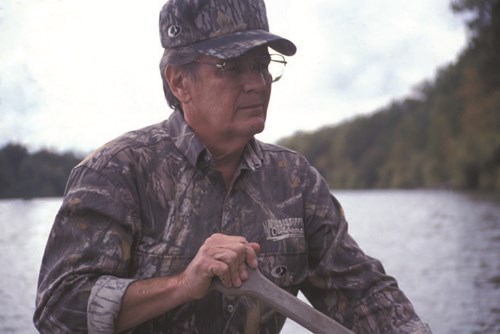 Melvin taught me everything I know about hunting, a lot about fishing and instilled in me a healthy respect for wildlife conservation. He was my guide and my mentor.

No matter where we traveled throughout the state, Melvin was known and admired. Melvin had many quips that he interjected in our productions. On days when the game wasn’t moving or the fish weren’t biting, he would say, “You should have been here yesterday, why don’t you come back tomorrow.” But my favorite memory of Melvin was when he would end the TV show by saying, “I’m Melvin Tingle, See Ya Outdoors.” We came up with that tagline to end the show, but to me, it was less of an ending and more of a commencement. To me, it meant that we weren’t saying goodbye, but that we would see each other again, in the outdoors.

I knew that Melvin referred to me as a displaced Yankee. After all, I wasn’t from Mississippi, but I was assigned to produce the Mississippi Outdoors show. There were times when we would be by ourselves in a deer stand, I would be talking on and on about something, and then he would look at me with a cold stare and say, “You’re scaring away the deer.” That was just one of the many life lessons he taught me. I don’t know if Melvin would miss me if I were gone, but I know I will miss him. He was my hero. 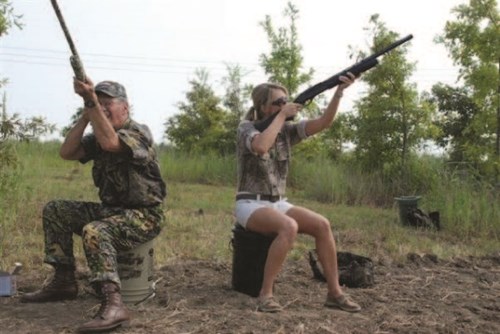 Melvin and I worked closely together for many years, filming shows for Mississippi Outdoors. One of my fondest memories with Melvin doesn’t involve hunting or fishing at all. It was about two years ago when my wife Annette and I surprised Melvin at his home on his birthday with a cake and a framed picture of him and one of his co-hosts (Karen Jones de Kock). Miss Betty was in on the secret, but no one else. The surprise and happiness on his face was indescribable. The way he just lit up and laughed out loud … I’ll never forget that. He was extremely grateful for the gesture. We all sat down and enjoyed cake and ice cream while talking about good times.

We were on a turkey hunt in an area that Melvin knew pretty well, although it seemed to be doomed from the start. It was dark and really windy when we walked in, and we almost got lost. We were in an area where Melvin had heard a turkey the day before, and just about daylight, we started calling a little bit. All of a sudden Melvin realized he didn’t have his gun loaded. About this time is when the bird decided to show up. Melvin is having a hard time getting the gun loaded and eventually drops the shell and has to get another one to load. He finally gets the gun loaded, and somehow the bird stuck around for all this, and Melvin dropped the bird. After the shot, Melvin got mad, threw his hat down, and just started laughing. 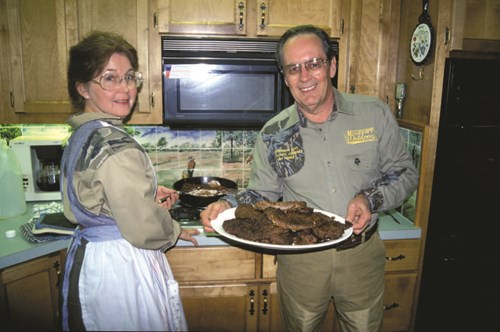 I’ll never forget the first time I got to meet Melvin Tingle. He was a movie star in my mind, and I couldn’t wait to tell him I had been watching him since my preschool years. Melvin first shook my hand, and we formally introduced ourselves. I then proceeded to tell him that I felt like I already knew him, and he was a legend to my family. He laughed. That day I caught my first glance at how humble and godly Melvin was.

I was fortunate enough to spend the last leg of Melvin’s Mississippi Outdoors years with him. It is an honor I’ll forever be thankful for. The hunting and fishing trips were always wonderful, but my favorite part of hosting Mississippi Outdoors was filming the intro and sign-off. This was always a special time because it would be just me, Melvin, and usually Rusty Bush. It was a quiet time for us to chat and catch up.

Melvin always gave excellent advice. His advice always was full of wisdom and scripture. A hard worker and dedicated employee, he always made time for Miss Betty and his family. His family was very important to him.

Melvin and I were on a deer hunt together in east Mississippi. After the morning hunt and our second cup of coffee, I asked him if he wanted to ride around and look at things. Together, we left the camp and started riding, only to end up at a garage sale. Melvin advised me on a few of the older items and since that day, I still hang my coats on a vintage coat rack I purchased while with him.

My daughters love to hear the story of Melvin and me kayaking down a river not too far from his house. The crew thought it was a good idea to have Melvin and me in the same kayak, and, boy, were they wrong. Melvin threw out a good cast and caught my head. Minus the blood and belly laughs, we had an exceptional time on the water.

Melvin left a big footprint on my heart. We shared a strong love for Mississippi and the outdoors. My memories will go on forever, and so will the legacy he left in Mississippi. He paved the way for conservation and hunter’s education in our great state. My time spent on the water or in the woods was made better because I often got to spend that time with him.

I did his last sign off with him, and until we do another together, I’ll “See Ya Outdoors,” Melvin.