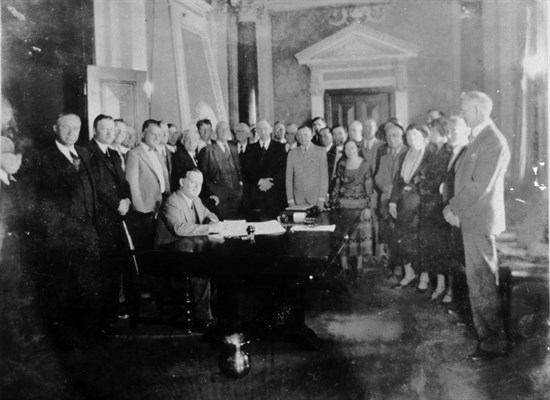 As early settlers made their way West, North America's wildlife populations dwindled because of overexploitation (including market hunting) and habitat loss. Across the continent many species - elk, pronghorn, bison, and waterfowl included - went from countless numbers to just a few thousand by the close of the 19th century. Here in Mississippi, while it may be impossible for today's hunters to believe, populations of white-tailed deer, wild turkeys, and wood ducks almost disappeared from our woods and waters.

Beginning in the late 1800s, hunters and anglers such as Teddy Roosevelt realized they needed to set limits in order to protect rapidly disappearing wildlife and to assume responsibility for managing wild country. They pushed to establish the first hunting regulations and organized many conservation groups to advocate for the protection of wildlife habitat.

These early efforts were essential to the development of the North American Model of Wildlife Conservation, the only system of its kind in the world. The model's two basic principles are that our fish and wildlife belong to all North American citizens and are to be managed in such a way that their populations will be sustained forever. These basic beliefs are best explained through a set of foundational guidelines, best remembered as the Seven Sisters for Conservation:

The North American Model's comprehensive conservation principles and their scientific foundation resulted in the professional management of hunting and conservation programs. Today, it is still the hunters and anglers that support the conservation efforts that benefit wildlife populations and habitats in support of our uniquely successful conservation model. As a result, hunting and non-hunting wildlife access is now available to citizens of all social classes in the United States and Canada, something that we should be proud of and that is found nowhere else in the world!