Electrofishing, which is using electricity to stun and catch fish, is a common and effective tool to sample freshwater fish populations. This gear can be used to collect a wide variety of sport fish species including Largemouth Bass, Crappie, Bluegill, and other bream species. 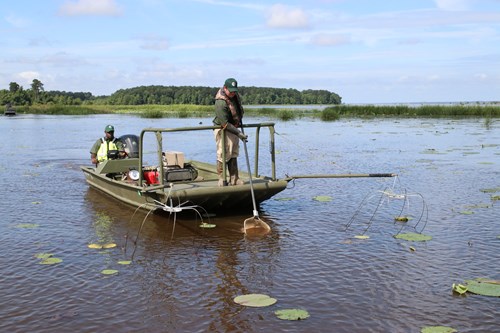 During electrofishing, multiple shoreline areas within a water body are shocked. The distance traveled is measured, and stunned fish are collected and held in a live-well until the sample is completed. Captured fish are identified, counted, weighed, measured, and released back into the water.

MDWFP biologists use gill nets, trap nets, lead nets, hoop nets, and trawls to catch various fish species. Except for the trawl, the nets are set and left in the water to "fish" for one or two days. Nets with different mesh sizes are used to catch a wide range of fish sizes. The trawls are towed behind a boat and retrieved. Fish captured in nets are identified, counted, weighed, measured, and released back into the water. 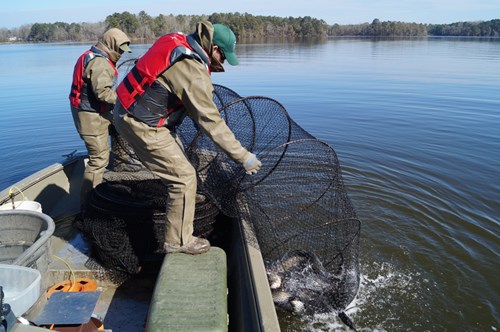 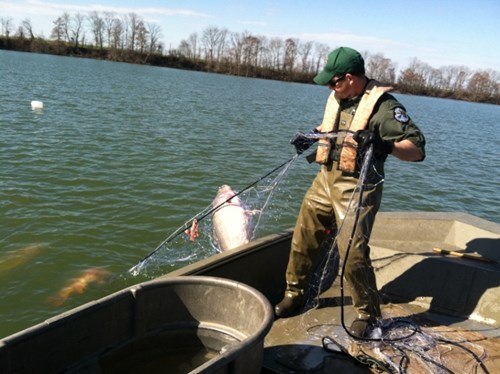 MDWFP biologists also collect otoliths or fin spines from fish. Otoliths or "ear stones" are hard, bony structures located directly behind the brain, that are used to age fish such as Largemouth Bass or crappie. Pectoral fin spines are used to age catfish. Annual rings are formed on both hard parts, and biologists count the rings to determine the fish's age. The age samples are used to determine age structure, mortality and growth rates of the population. 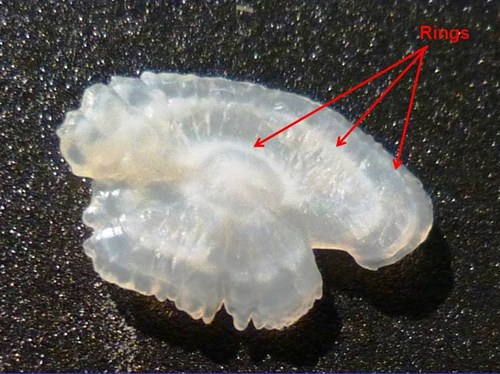 Creel surveys are used to gather information from anglers during or after their fishing trip.  Anglers are asked what species they are fishing for, the number of hours fished, and how many fish they have kept or thrown back. Harvested fish are identified, counted, weighed and measured. Creel surveys are also used to solicit anglers' opinions about proposed rule changes or gather economic and demographic information from the users.