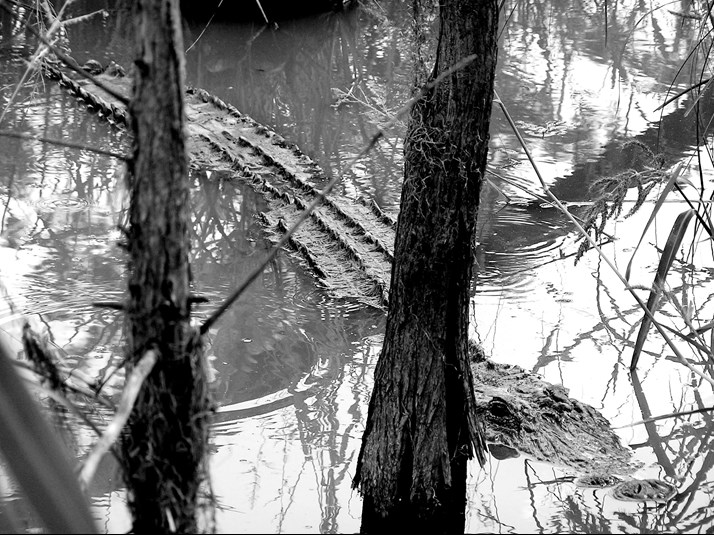 Alligators may be found all across Mississippi. They are most prevalent in the southern two-thirds of the state (south of Hwy 82). While alligators typically avoid humans and human activity, occasionally they do cause conflicts with humans. Juvenile alligators often disperse into new territories in the late spring and early summer months. During this dispersal, they occasionally find themselves in unusual locations near human development, such as; farm ponds, road ditches, highways, parking lots, yards, swimming pools, neighborhood water landscape pools, and even buildings. It is illegal and very dangerous for the public to capture and remove or kill an alligator without a special permit from the MDWFP. As human developments (residential and commercial) continue to encroach into more rural areas of the state, increased interaction and conflicts with wildlife are subject to occur. To report a nuisance alligator please see Nuisance Alligator Information below.

Mississippi offered its first public alligator sport hunting season in 2005.  From 2005 until 2011, opportunities expanded gradually to include 480 permits on portions of two major waterways, one coastal and one inland.  In 2012, Mississippi expanded sport hunting opportunities on public waters to over two-thirds of the state and in 2013 alligator hunting on public waters was opened statewide.  The State was divided into 7 geographical zones with a 10-day season total of 920 available in a web-based application/drawing and permit sales process.  An alligator hunting training course is provided by the Mississippi Department of Wildlife, Fisheries, & Parks.  Permit holders may harvest 2 alligators over 4 feet long, only one of which may exceed 7 feet long.  The bag limit restrictions are intended to distribute harvest among adults and juvenile alligators.  Alligators over 7 feet long comprised 50%, 47%, 48%, and 43% from 2014-2017, respectively.  Total alligator harvests were 682, 982, 784, 741 on public waterways from 2014-2017, respectively.  Females comprised 30%, 35%, 31%, and 31% of the harvest from 2014-2017, respectively.  The average length of all harvested alligators from 2014-2017 were 7.77 feet (Males 8.28 ft. and Females 6.55 ft.).  Alligators that were 10 feet or longer comprised 23%, 27%, 28%, and 26% of harvest from 2014-2017, respectively.

Private lands alligator hunting opportunities are offered in 36 counties.  In 2017, there were a record of 126 landowner applications approved for permits that totaled 307 available harvest vouchers on 23,278 acres of alligator habitat.  There were 84, 115, 95, and 117 alligators harvested on private lands from 2014-2017, respectively.   Properties in the open counties must contain a minimum of 20 acres of privately owned permanent surface water to qualify for an alligator harvest voucher.  Additional vouchers are issued for each additional 100 acres of privately owned permanent surface water.  Each voucher allows the harvest of 2 alligators over 4 feet long, only one of which may exceed 7 feet long.

Please indicate in the comments section of the report if you have received a CITES TAG from a MDWFP approved processor and indicate the Tag Number for each alligator. Thank you. 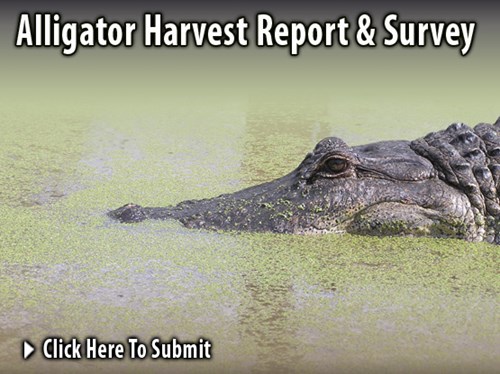 Due to restrictions and complications due to COVID19, as well as an abundance of caution, the MDWFP has cancelled the in-person course on July 11 at the Museum of Natural Science.