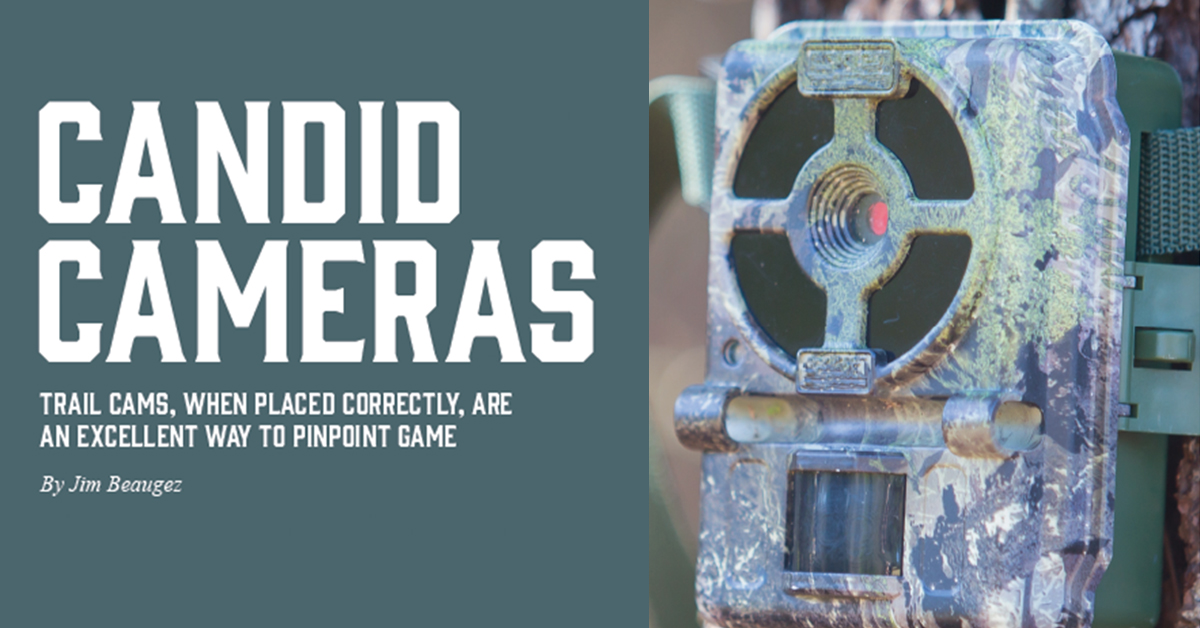 Eleven in the morning is a critical juncture for deer hunters. Once you have been on the tree stand for five or six hours, eating lunch and watching some SEC football games start sounding nice. Worse, our imagination is often strongest when our will is at its weakest. Once those thoughts get to work on you, it is hard to sit around much longer.

Boggess, a graduate student at the Mississippi State University Deer Lab, was hunting along the Tennessee-Tombigbee Waterway in northeast Mississippi one autumn morning. He had seen insufficient evidence of deer movement on the cameras he placed in the area a few weeks before, but he knew there was a bedding area nearby and a 30-yard-wide pinch point to funnel deer traffic.

Without checking the cameras, he climbed into his stand and waited. It was not long before a large buck came into view. Boggess lowered his rifle and fired, but the slug nicked a branch and deflected over the deer. So, he did what most hunters would do — he stayed right where he was. But by 11 a.m., his optimism had waned.

“I got down and I checked that camera, and I saw that over the three days prior to that hunt, there had been several mature bucks on that camera,” Boggess says. “… Three different mature bucks and several younger bucks in daylight. That was enough to get me to climb back up the tree and sit the rest of the day.”

Fifteen minutes later, the buck came back through and Boggess landed a shot on the 10-point, 4-year-old beast.

“I'm very confident I wouldn't have climbed back up the tree at 11 o'clock in the morning if I hadn't seen how many deer had been in that spot on the days leading up to it,” he says.

Curiously, the camera did not capture an image of the buck the morning he harvested him. 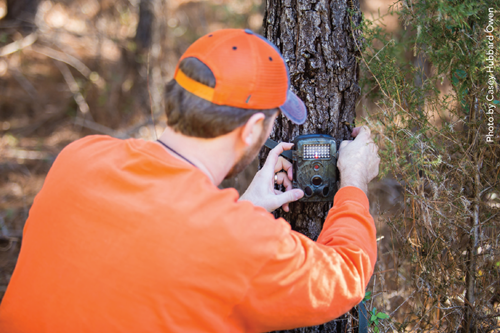 “A spike walked through right after I missed (the buck initially), and the camera didn’t take a picture of him, either,” he says. “When I saw that the camera had that many pictures and it had missed both bucks I’d seen that morning, that was even more encouraging because I thought, ‘There’s no telling how much deer activity goes through here.’”

At the MSU Deer Lab, Boggess uses cameras regularly in research projects unrelated to where to place them when hunting. But for more than a decade, he has used them on his own to find, pursue, and harvest game.

Here are four tips he shared for placing and using trail cameras on the hunt:

The temptation to check on your trail cams regularly can be high. But Boggess says the first rule with trail cameras is to check them as seldom as possible.

“It’s easy to fall into the trap, and I’ve done it many times, where you want to go and check it every couple of days,” he says. “But you’re doing more harm than good because you’re bumping deer, you’re putting down a lot of scent in that area, you’re drawing a lot of attention to that camera, and overall just creating more reasons for the deer not to use that spot.”

The exception is when using cameras that upload photos to a website or email without a hunter having to pull a memory card physically.

Time you camera placement with the season

Placing cameras on salt licks (outside zones for Chronic Wasting Disease) is a good way to size up a deer herd before the season, and food plots are solid choices as they begin to shape up by late summer. During deer season, though, your strategy should change with the rut.

“I like scrapes during the rut,” says Boggess, “and early season I like right around water, (especially) if I can find a heavy trail around water or a pinch point near water. Late season, basically any kind of food source. Red oaks, a food plot, or something like that.” 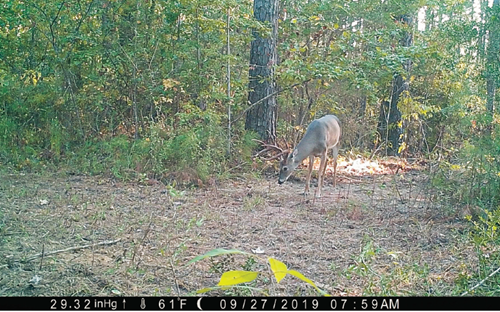 Although setting up a camera parallel with a trail could seem like a good idea at first, you could easily miss half of the game traffic. By positioning the camera at a 45-degree angle, you will have a better shot at catching deer, hogs, or turkeys moving on and around the trail.

“As a general rule of thumb, I try to quarter down the trail at about a 45-degree angle, but that will change a little bit with each location,” he notes. “If I expected the deer to be traveling one particular way, I’m not going to set up the camera at a right angle to how I expect them to travel. I want to catch them either coming or going past the camera, and give that camera more time to catch them.” 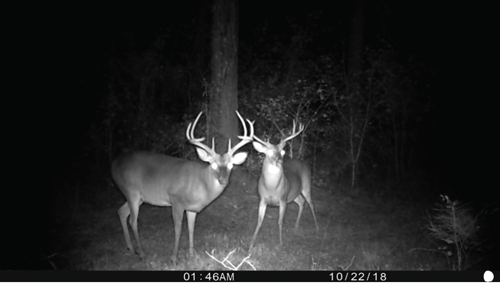 Consider all evidence available to you

Remember that cameras are a tool, but not an accurate picture of everything happening on the land. Angling the placement, or using multiple cameras on an especially promising spot, can give you valuable information. It is up to you to recognize the less apparent clues and consider those along with what you see on the camera.

“Cameras can be a crutch people fall on instead of actual scouting and figuring out why deer are using an area. It’s easy to put up a camera, and, then when you’re not seeing deer on it, become disappointed. It’s a great way to see what deer are in the area, but that’s not always the best way to predict what deer will do.”

Still, the benefits of trail cameras go beyond the hunt. They can help hunters understand game patterns and triangulate other data such as weather conditions and time to pick up on likely game habits, but also give them the experience of being in the woods when other commitments keep them away.

“A lot of us, we have to work five, six days a week,” he adds, “and (cameras) give us a way to enjoy what’s going on outside wherever we’re hunting, even if we’re not able to be out there all the time. And it condenses that down into maybe an afternoon checking cameras every couple of weeks versus being out there watching what the deer are doing, or turkeys, or whatever you’re hunting. I love using them.” 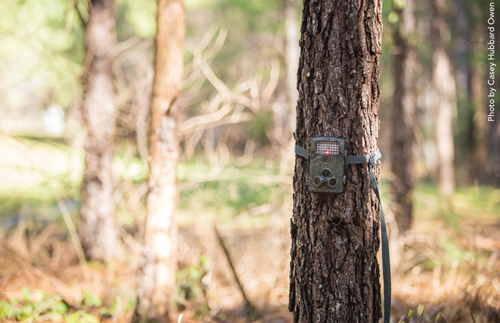