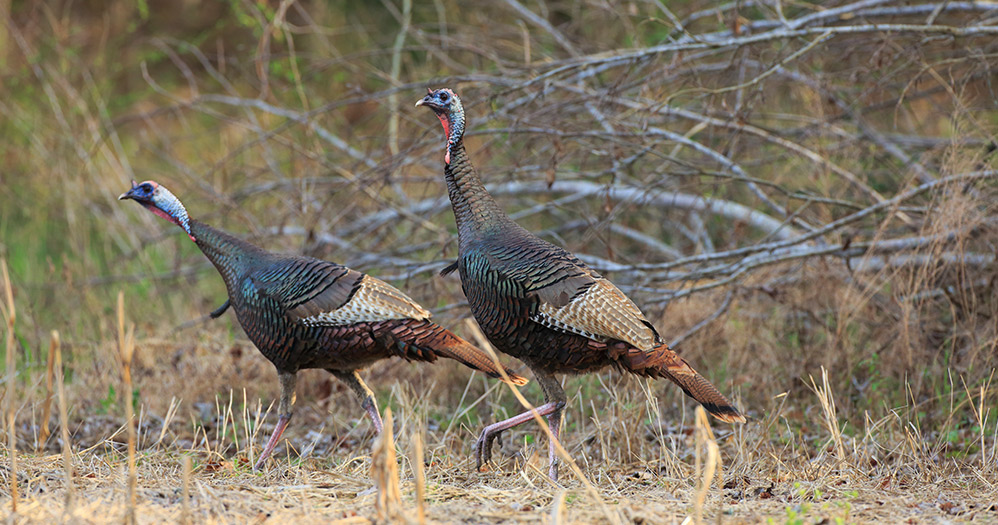 Few things are as thrilling as the gobble of a wild turkey, and few places can rival Mississippi for thundering long-bearded gobblers. Mississippians have a rich tradition of chasing wary spring toms, and over the last three decades, the state has consistently boasted one of the largest turkey populations in the country. With over a quarter of a million birds from the Delta to the Gulf, hunters should have no problem finding a gobbler in the Magnolia State.

Today, wild turkeys are abundant across the State of Mississippi, but that hasn't always been the case. During the early 1900's, due to neglect for conservation, turkeys were nearly hunted into extinction. Lack of game laws left turkey populations exposed to year-round hunting by both locals and market hunters. To make matters worse, much of the state's forests were in poor condition because of early over-harvest and misuse of timber resources. During the first 5 decades of the 20th century, the springtime woods across most of the state were void of the sound of wild turkeys. However, the tide began to turn for turkeys by the 1950's. At the request of concerned sportsmen, natural resource professionals began to trap wild turkeys from isolated pockets of habitat that still contained intact populations and move them to other regions of the state. Their efforts were successful, and over the course of the next few decades, turkey populations exploded, peaking in the late 1980's. Today, the return of the wild turkey to Mississippi and much of the rest of the Southeastern United States is considered one of wildlife conservation's greatest success stories.

The following articles are meant to inform landowners and managers about the requirements that turkeys have in regards to habitat, and ways in which these needs can be addressed on-the-ground: