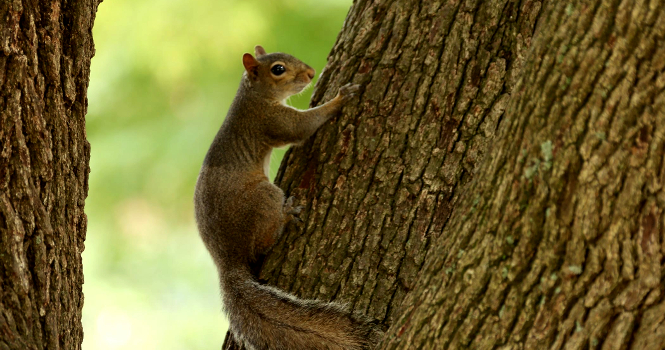 There are two game species of squirrels found in Mississippi, the eastern gray squirrel, and the eastern fox squirrel. Both species are found throughout the state, but gray squirrels are the most widely distributed and most numerous.

Gray squirrels are perhaps the most abundant resident small game species, and generally, offer plenty of hunting opportunities in most areas of the state. However, squirrel populations will often fluctuate from one year to the next in response to the abundance of the previous year's autumn mast crops (acorns, nuts, pine seeds, berries, and fruits).

The MDWFP does not have a squirrel stocking program. Information on managing habitat for squirrels can be found under the Habitat and Population Management section below. Technical assistance is also available for managing land for squirrel habitat.