The MDWFP has conducted random, statewide surveys of hunting license holders almost yearly since the early 1980s (with some periodic surveys prior to that). The data below are from these surveys conducted since the 1980 - 1981 hunting seasons. 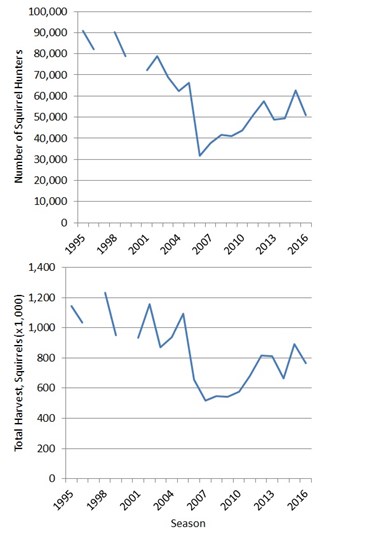