Black bears are classified as carnivores, however, this is largely misleading as they are not active predators and have been documented to have a diet consisting of as much as 96% plant material.  In fact, black bears are the LEAST predacious species of all North American carnivores.  Biologically speaking, black bears are omnivores but they are primarily vegetarians.  Black bears are opportunistic feeders and are quite lazy when it comes to finding food.  Bears will take full advantage of any easy meal that is provided to them including, carrion (animals that died of other causes), wildlife feeders and household garbage (for tips on preventing these actions please see *hyperlink to Conflict Tab*).  A black bear’s digestive system is poor at breaking down vegetation, and as a result, they must consume large amounts of food to gather the nutrients needed for survival.  With the large amount of time black bears spend foraging, their movements across the landscape and habitat usage are closely related to food.  The excellent memory of a black bear comes into play with food sources as they will remember areas with ample forage and will revisit it until the source is no longer available.

Black bear food selection can be broken down into sections largely related to seasonal changes, which dictates what is available on the landscape.

Spring:  During the spring, bears often use fat reserves left from the denning season and may be in a state of fasting for some time.  Post den emergence is when food sources are most scarce; bears will feed on residual hard mast, and green vegetation as it becomes available.  Grasses and forbs make up the majority of a bear’s diet in the spring and they have been known to frequent food plots consisting of wheat, oats, and clover.  Bears will also move fallen logs in the forest to find insects such as beetles and larva 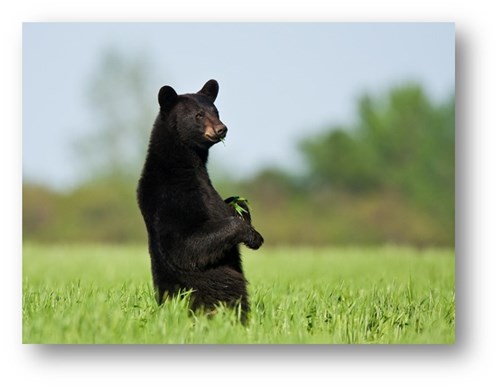 Summer:  As early season plants become less desirable, bears begin to seek out soft masts such as blackberries, pokeweed, red mulberry, etc.  Holding true to their feeding habits, bears prefer foods such as fruits and berries that do not move around.  Bears also feed on a variety of insects (which can total as much as 15% of their summer diet) including yellow jackets, honeybees, bumblebees, and carpenter ants.  Just like in the spring, bears will dig into old stumps and move logs around to find insects. 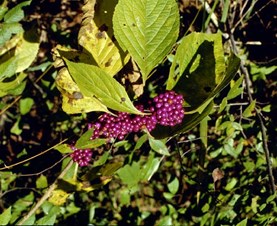 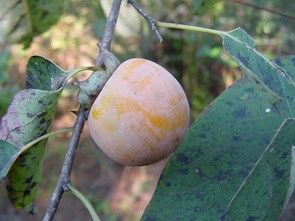 Fall:  In the fall months, the bears’ diet changes from a dominance of soft mast species to hard mast species such as oaks and hickories.  However, in years of poor hard mast production, soft mast fruits still play a vital role in a black bear’s diet.  Hard mast species are vital in the fall as this is the time of year bears exhibit their most weight gain in preparation of the winter.  Hard mast is rich in fat and carbohydrates and is vital for bears in producing fat reserves that will ensure the bears enter the denning period in good health. 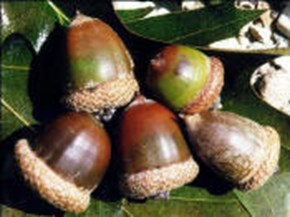 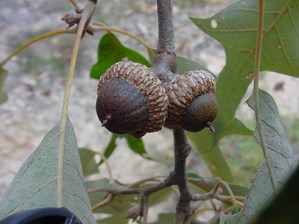 Agricultural Crops: Ag crops can also play a supplemental role in black bear diets in Mississippi.  This is especially true in fragmented habitats such as those found in the Mississippi Delta.  Black bears are commonly observed feeding on grain crops such as corn, and sorghum during the summer and crops such as wheat and clover in the early winter and early spring.  In agricultural areas, bears’ diets in the summer can be comprised of as much as 50% corn and in winter can be as much as 60% wheat and oats.  Black bears have also been documented feeding on rice crops in Mississippi and Arkansas. 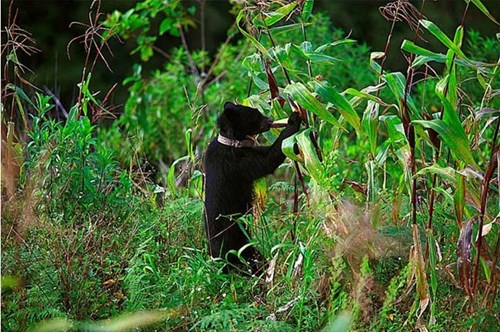